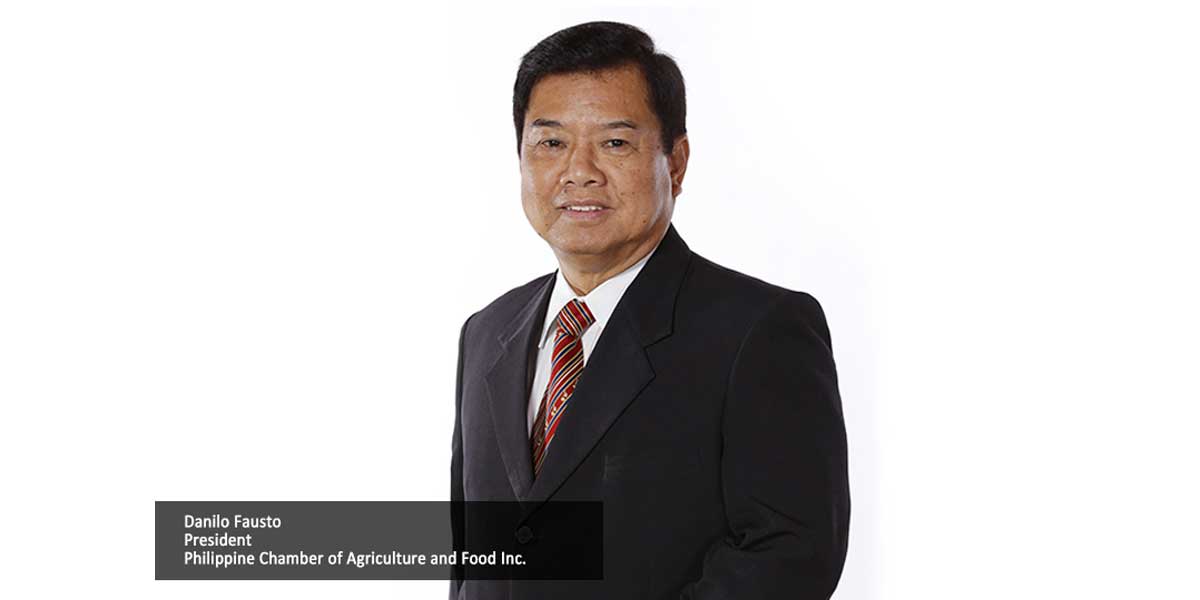 The government should strengthen the country’s surveillance of African Swine Fever (ASF) and other animal diseases.

Philippine Chamber of Agriculture and Food Inc. President Danilo Fausto said that improving biosecurity measures is crucial to develop the Philippine livestock, poultry, and dairy industries. One of these is to establish first-border quarantine facilities at various ports for agricultural products to prevent the spread of animal diseases.

Fausto, who spoke as a discussant at a public webinar organized by the Philippine Institute for Development Studies (PIDS) recently, provided a status of the local meat processing industry. He noted that only about 15 percent of total raw material requirements are supplied domestically due to issues with production cost and consistency of meat quality, among others.

The 2016 National Gawad Saka Outstanding Agri-Entrepreneur awardee also made projections on the livestock and poultry industries.

One is that backyard production of swine will drop despite its low cost, creating a void and opportunity for commercial farms to grab. “Many small commercial farms will close [while some will be] acquired by larger farms to scale up—leading to further market concentration,” Fausto said.

Another is that “successful” farms will have better biosecurity, which small farms may find difficult to afford.

Meanwhile, the consumption of chicken over pork will increase due to the low price of chicken and the high price of pork.

Fausto provided insights on how to improve the competitiveness of the local livestock, poultry, and dairy industries.

He urged the government to solve the problem of ASF and other animal diseases.  He added that swine repopulation is crucial to rebuilding the herd lost due to ASF.

There is also a need to develop the corn industry through the provision of post-harvest facilities and equipment, according to Fausto. Small farmers and backyard producers use corn as poultry feed.  Feeds take up more than 50 percent of production cost in swine, poultry, and dairy farms.

As for the dairy industry, there is a need to undertake herd buildup through genetic improvement and technical intervention for greater productivity. It is also important to sustain the government’s milk-feeding program to support local farmers.

The agribusiness leader also called for the establishment of a real-time information network system. “Revive the price and volume watch task force composed of different agencies and stakeholders involved in trade to determine current and projected demand and supply conditions,” he said.