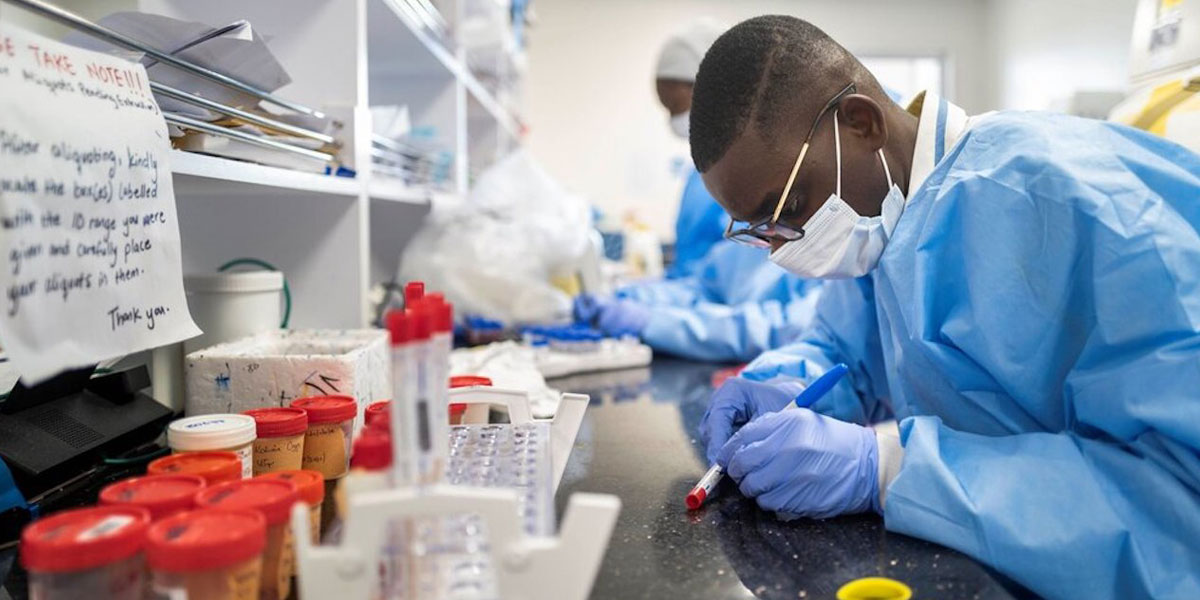 At the European Union – African Union summit in Brussels today WHO Director-General, Dr Tedros Adhanom Ghebreyesus, announced the first six countries that will receive the technology needed to produce mRNA vaccines on the African continent. Egypt, Kenya, Nigeria, Senegal, South Africa and Tunisia all applied and have been selected as recipients.

The global mRNA technology transfer hub was established in 2021 to support manufacturers in low- and middle-income countries to produce their own vaccines, ensuring that they have all the necessary operating procedures and know-how to manufacture mRNA vaccines at scale and according to international standards.

Primarily set up to address the COVID-19 emergency, the hub has the potential to expand manufacturing capacity for other products as well, putting countries in the driver’s seat when it comes to the kinds of vaccines and other products they need to address their health priorities.

Depending on the infrastructure, workforce and clinical research and regulatory capacity in place, WHO and partners will work with the beneficiary countries to develop a roadmap and put in place the necessary training and support so that they can start producing vaccines as soon as possible.

WHO Director-General, Dr Tedros Adhanom Ghebreyesus said: “No other event like the COVID-19 pandemic has shown that reliance on a few companies to supply global public goods is limiting, and dangerous. In the mid- to long-term, the best way to address health emergencies and reach universal health coverage is to significantly increase the capacity of all regions to manufacture the health products they need, with equitable access as their primary endpoint.”

President Cyril Ramaphosa, of South Africa said: “This is an initiative that will allow us to make our own vaccines and that, to us, is very important. It means mutual respect, mutual recognition of what we can all bring to the party, investment in our economies, infrastructure investment and, in many ways, giving back to the continent.”

President Emmanuel Macron, of France said: “Improved public health benefits, supporting African health sovereignty and economic development are the principal goals of strengthening local production in Africa. In an interconnected world, we need stronger and new partnerships between countries, development partners and other stakeholders to empower regions and countries to fend for themselves, during crises, and in peace time.”

President Charles Michel, European Council said: “We need to create an environment where every scientist, health worker, and government can band together for a common cause. Working together to build new solutions to protect what is most precious – our health and our lives.“

President Ursula von der Leyen, European Commission said: “I am very glad to see this ambitious project move forward. We have been talking a lot about producing mRNA vaccines in Africa. But this goes even beyond. This is mRNA technology designed in Africa, led by Africa and owned by Africa, with the support of Team Europe.”

To ensure that all countries build the necessary capacity to produce their own vaccines and other health technologies, WHO has been working to establish a biomanufacturing workforce training hub that will train people from all interested countries in scientific and clinical research and production capacity. The training hub will be announced in the coming weeks.

In addition, WHO’s current regulatory strengthening activities in low- and middle-income countries will expand through a global benchmarking tool that assesses countries’ ability to ensure the quality, safety and efficacy of health products and provides training where improvements are needed to build regulatory authorities that are agile and fit-for-purpose for the future.

The WHO mRNA technology transfer hub is part of a larger effort aimed at empowering low- and middle-income countries to produce their own vaccines, medicines and diagnostics to address health emergencies and reach universal health coverage.

The initial effort is centred on mRNA technologies and biologicals, which are important for vaccine manufacturing and can also be used for other products, such as insulin to treat diabetes, cancer medicines and, potentially, vaccines for other priority diseases such as malaria, tuberculosis and HIV. The ultimate goal is to extend capacity building for national and regional production to all health technologies.

WHO releases first data on global vaccine market since COVID-19