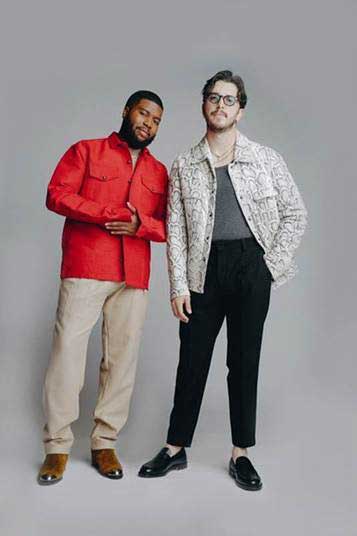 The journey to this release has been a wild ride for WATTS, an up and coming new artist who first released his version of this song independently a few years ago. After stumbling upon it while searching for new music, Khalid reached out in admiration and a dream collab was born. Check out the trailer feat. both WATTS and Khalid here – https://smarturl.it/WKFeelsInterview

Says WATTS: “I had written and recorded “Feels” back in 2018 and it had been bubbling a bit, added to a few playlists, and one day I got a DM from Khalid telling me how much he loved the song. I was totally shocked, Khalid has been an artist that I have always admired, and to find out he was a fan of mine was incredible. I tried not to get my hopes up to much, but all of the stars aligned and here we are – releasing this new version of the song together. It’s been pretty wild and I am so proud of how it turned out.”

Says Khalid: “I am always searching online for new music and I stumbled upon WATTS’ song “Feels” and was instantly drawn to it. Just a beautiful song that I really felt an instant connection with. I hit WATTS up to tell him how much I loved “Feels”, and we started talking about music and what we were currently listening to and how we were holding up in the pandemic. Over a few weeks we built a really special friendship that evolved into us collaborating on this new version, which I love so much and is so special to me. I’ve always been someone who loves the art of a collaboration – it’s such an amazing way to expand your creativity and open yourself up to new sounds and ideas.”