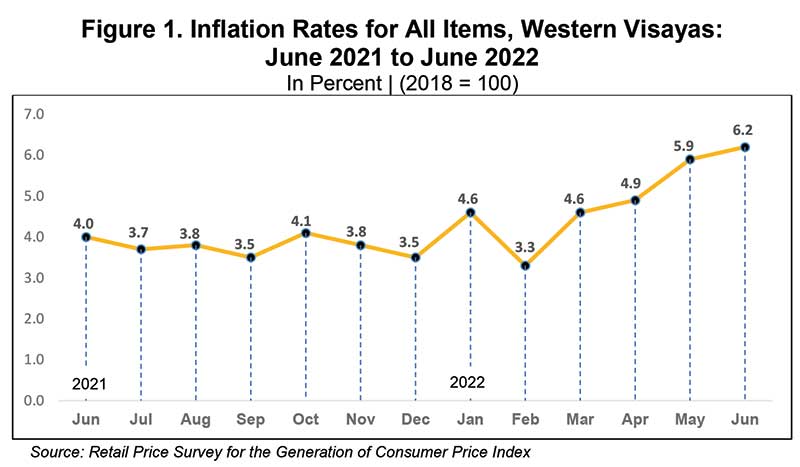 The inflation rate in Western Visayas in June 2022 increased further to 6.2 percent from
5.9 percent in May 2022. Inflation in June of the previous year was lower at 4.0 percent. The average inflation rate for the first six months of the year is recorded at 4.9 percent.
(Table A and Figure 1).

Also contributing to the uptrend in the overall inflation during the period were the higher growth in the indices of the following commodity groups compared with their inflation rates in the previous month:

On the other hand, annual growth slowed down during the month in the index of housing, water, electricity, gas and other fuels with 2.4 percent; furnishings, household equipment and routine household maintenance with 2.0 percent; and personal care, and miscellaneous goods and services with 2.7 percent.

The rest of the commodity groups either retained their previous month’s inflation rates or
had zero percent annual growths. (Table B) 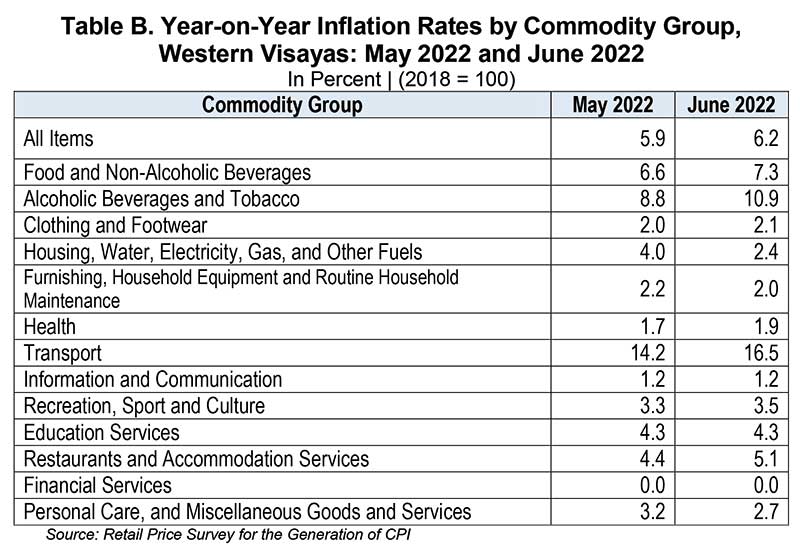 Food inflation in Western Visayas accelerated to 7.6 percent in June 2022, from 6.9 percent annual growth in the previous month. In June 2021, food inflation was lower at 2.3 percent. (Table C) 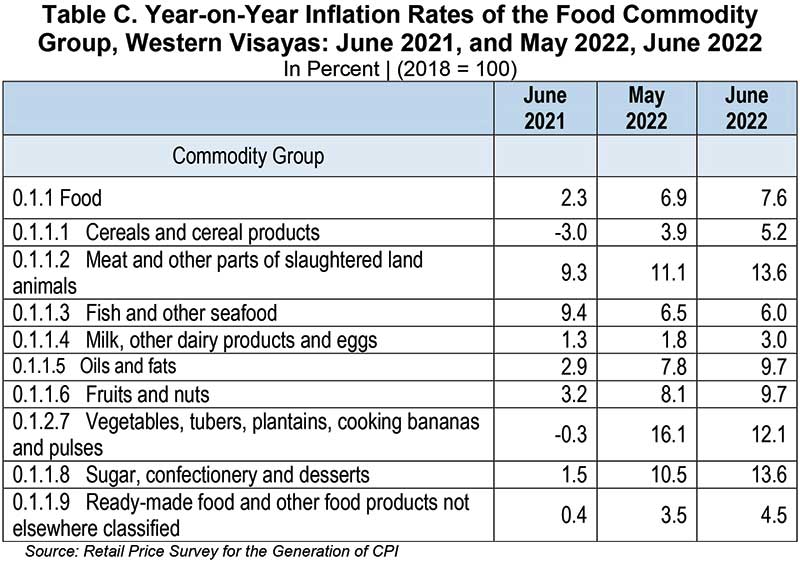 In comparison with their annual growth rates in May 2022, four of six provinces in Western Visayas registered acceleration in inflation rates in June 2022, and two provinces retained their previous month’s inflation rate.

Negros Occidental registered the highest inflation of 8.2 percent, while Iloilo had the lowest at 4.0 percent.