Social mobilisers play an important role in the fight against preventable diseases. They are trained communicators working hand-in-hand with barangay health workers (BHWs), local officials, and community leaders to ensure every child is vaccinated. Like BHWs, they act as a second line of defense against vaccine refusals and hesitancy, going to the most isolated and hard-to-reach areas, often walking long distances across difficult terrain, or crossing rough seas.

Rodel Battaler, 40 years old, is a social mobiliser for UNICEF partner Relief International. He has the same drive and dedication as his fellow vaccine champions, yet something sets him apart—he has polio. Wearing crutches, his colleagues were initially concerned whether he would be able to handle the tiring and intensive fieldwork that his job requires. Bataller works tirelessly, inspiring and encouraging colleagues to be patient and persevering.

On one of their field visits, Bataller encountered a mother refusing vaccination for her child in Barangay Sta. Clara Norte, Pila, Laguna. Together with his colleague, they informed the parent of the recent polio outbreak in their area and the wide concern generated by this. They informed her that the DOH, WHO and UNICEF worked to prioritize polio vaccinations even in the midst of a pandemic, movement restrictions and risks to health workers. Bataller’s personal experience, his genuine concern and skilled delivery of key information never fails to change parents’ perspective towards vaccines. 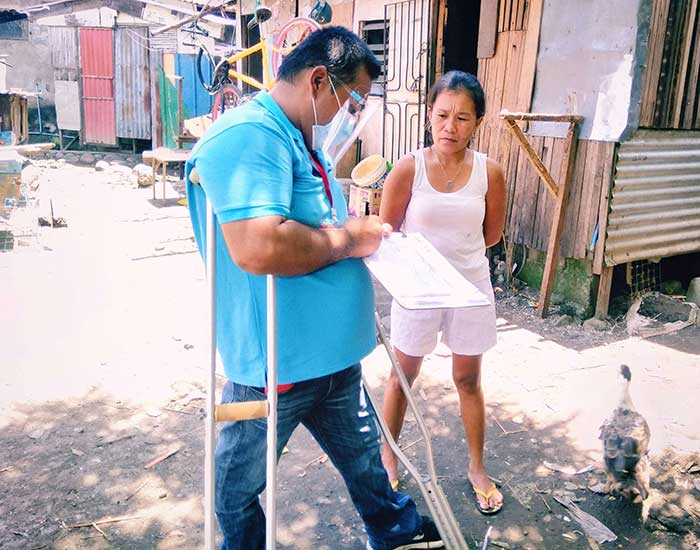 Bataller shared with his colleagues that when he was younger, he would often be angry and frustrated about his condition and would blame his parents for not having given him the polio vaccines while others his age had received it. As he got older, he realized his parents didn’t have the same privilege as others. They loved their child but were not well-informed of the importance of vaccinations.

“No child should ever have to suffer from polio. And no parent should ever bear the life-long burden of guilt when seeing their child suffer from an otherwise preventable disease. With every polio vaccine given to a child, I feel fulfilled because I am doing my mission in life. Thank you, UNICEF and Relief International for giving me this unique opportunity,” Bataller says. 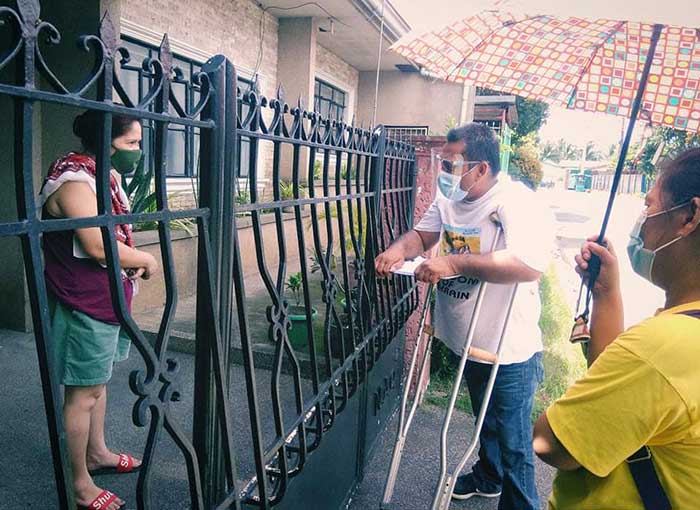 In the Philippines today, there are around 17 confirmed polio cases. UNICEF supported the government’s polio immunization campaigns and despite the COVID19 pandemic, 13.4 million children were reached with protective vaccines.

UNICEF, commemorating World Immunization Week 2021 this 24-30 April, works with organizations like Relief International to train and field social mobilizers to promote vaccine confidence. During the measles-rubella and oral polio vaccine mass immunization campaigns, UNICEF engaged and supported 1,935 social mobilizers, including 1,768 BHWs, who were deployed in high-risk and hard-to-reach areas of the country to reach children who missed out on routine immunization doses and handle any refusals. The common reasons for parents and guardians’ refusals were fears of vaccine side effects, overdose, and injections, and getting infected with COVID-19 if they interact with frontline workers.