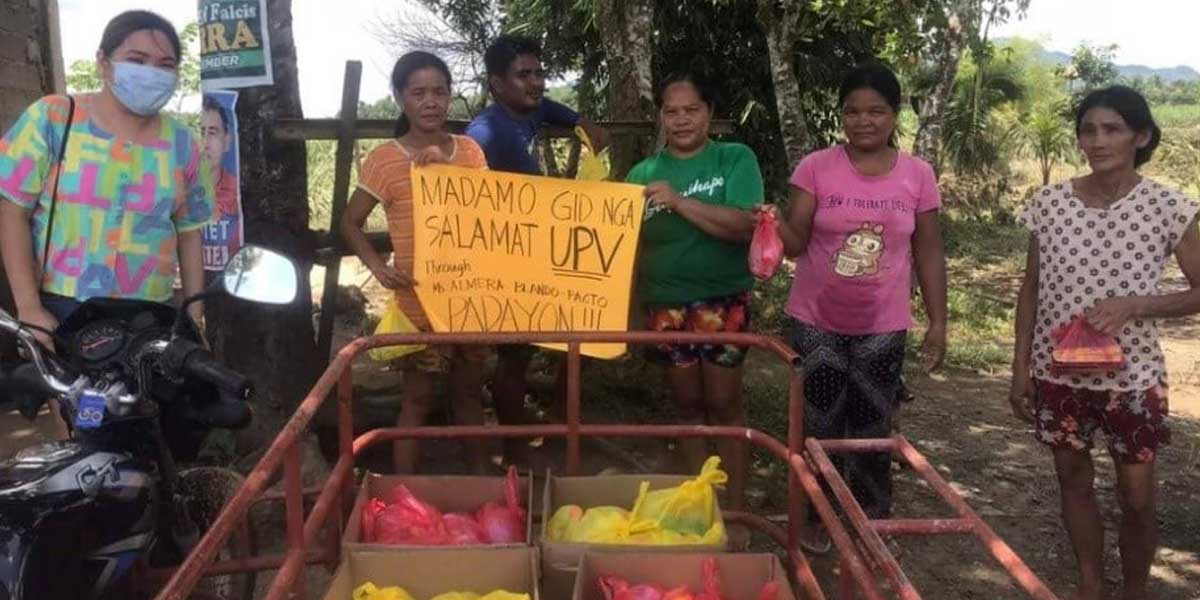 A portion of the monetary donations was turned over to Cuartero, Capiz. The amount of ₱10,000.00 was given through Ms. Almera Facto. The donation was used to purchase relief packs on April 14, 2022, and was distributed among affected communities.

Monetary aid amounting to ₱5000.00 was also given to the cafeteria staff of Ms. Amane, whose families were affected by Typhoon Agaton in Panit-an, Capiz.

The UPdanay Donation Drive and Relief Distribution Committees are extremely thankful for the steadfast support of the donors. All the donations received, both in cash and in kind, are properly recorded, accounted, and reported. (James G. Lunasco with Anna Razel L. Ramirez)