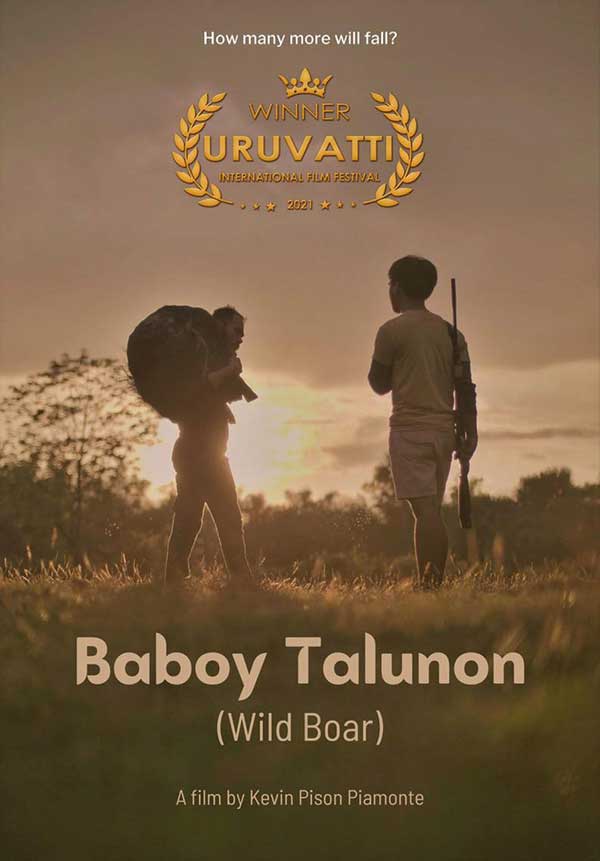 A film that focused on the effects of the decades-long war between the government and rebels trapped indigenous people won Best International Short Film at the Uruvatti International Film Festival in India.

“Baboy Talunon” (Wild Boar) is a short story by Ferdinand Pisigan Jarin that was adapted into a screenplay by Kenneth de la Cruz and directed as a short film by Kevin Pison Piamonte.

It must have been a perfect collaboration between literature and film, which are both disciplines of the Division of Humanities, College of Arts and Sciences, when the news came out today that the film won Best International Short Film at the Uruvatti International Film Festival in India. 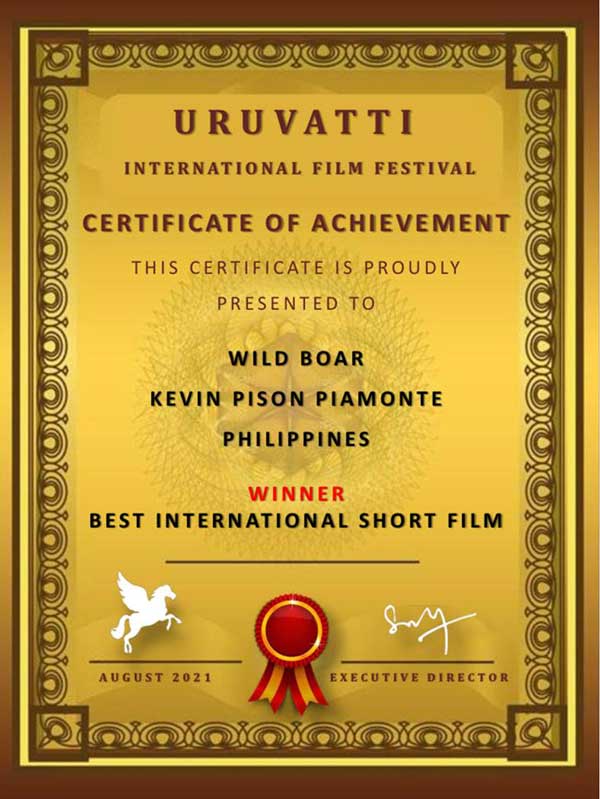 Already cited by another award-winning filmmaker, Arden Rod Condez, as a film that “demands to be seen” because of its content and craft, “Baboy Talunon” ambitiously makes a rather bold statement regarding the killing of Lumads or Indigenous Peoples.

Told through the eyes of a young boy taught by his father how to trap wild boars in the forest, “Baboy Talunon” ultimately becomes a wild chase in the forest between the boy and a military person. 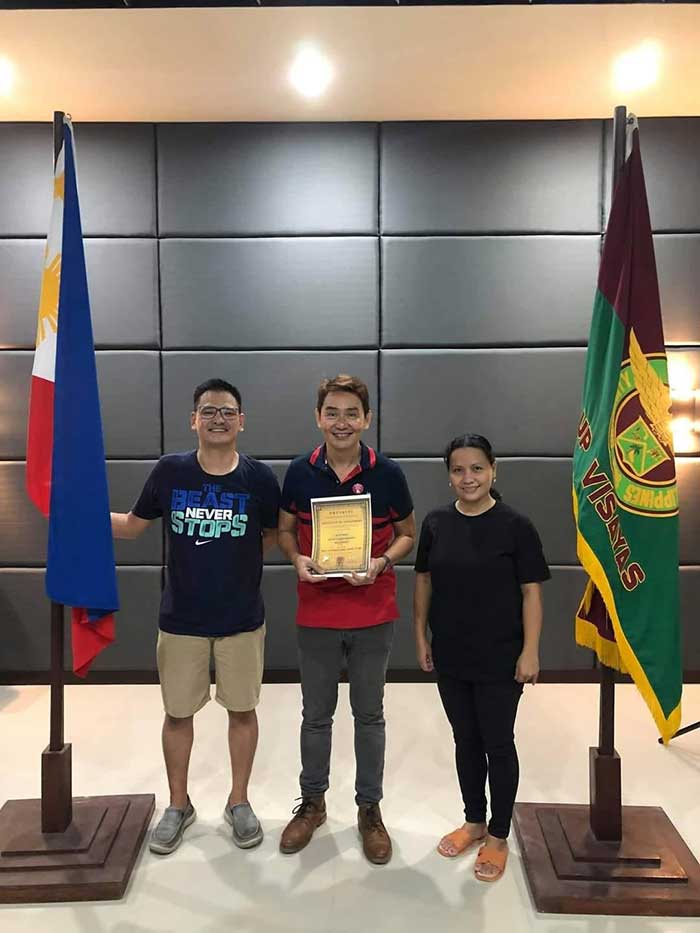 Shot entirely in the forests and the grounds of UPV Miagao Campus, the film also reflects the richness of the campus’ biodiversity.

In its festival statement, Uruvatti International Film Festival, “seeks to discover high quality and ambitious films, to promote filmmakers’ works and to help them realize their dreams”. (Photos courtesy of UP Visayas)