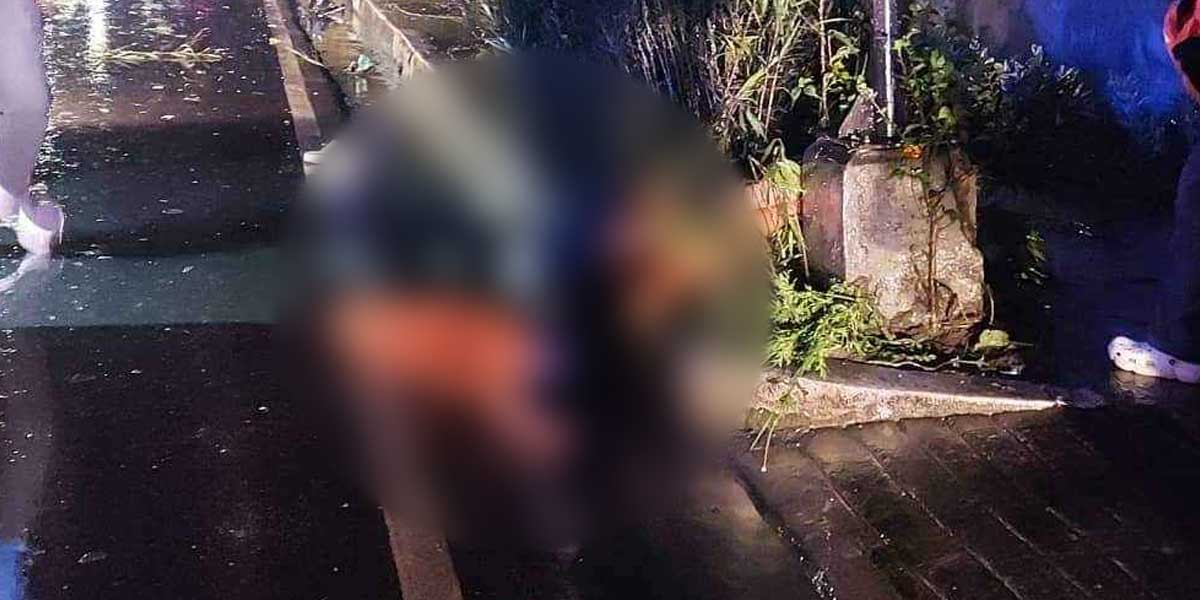 Two young ladies were killed after the motorcycle they were riding rammed into a street light early morning of September 26 at Pavia, Iloilo.

It was believed that the two victims died instantly.

Their friend, 18-year-old Ma. Charmaine Oredina of Barangay Buntatala, Jaro, survived despite being wounded during the incident.

She is now being treated at Western Visayas Medical Center in Mandurriao, Iloilo City.

Araño said the three victims were reportedly drunk after a night out.

After that, they decided to bring Gardose home.

Calinog town, where Gardose lived, is more than 60 kilometers from Iloilo City.

A witness claimed the victims were speeding and overtook another motorcycle then swerved before they rammed into a roadside streetlight post at Barangay Ungka 1.

The incident happened around 2:45 a.m. on Monday, as the onslaught of Typhoon Karding was also felt in Iloilo.

While the area was well-lit and the roads are wide, Araño noted that it was raining and could have been harder for Jegonia to control the motorcycle with two backriders.

Araño said the three victims were reportedly not wearing crash helmets at the time of the incident.