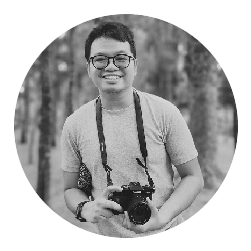 Do you remember those days when we are scolded by our parents when we lie? Sometimes, we are not aware of even lying. We just twisted the truth a little bit to our advantage and safety from being slapped or spanked by a slipper. I picked up a lesson from this that is very relevant now. As my late father, Cicero, who got his name from an orator, would say: “Indi ka sinagay ka binutig. Dugay-dugay, wala na may mamati sa imo bisan insakto pa nahambal mo.” (Don’t get used to telling lies. Eventually, no one will believe you even when you tell the truth)

There are several aspects today that I can illustrate how this old saying would apply and probably, increase the depth of our fountain of regrets. Be it a leader who never made his promise, to a politician who reacts on the effects of the laws they authored as if it is not theirs, to the media who often goes for engagement and ratings at the expense of public panic.

The Dengvaxia scare has become timely with the low vaccination confidence among Filipinos and has also taken a whole new level such as the resurgence of polio in the country. This vaccination issue would have died down a natural death as we Filipinos always forget. But then, the coronavirus pandemic came in and this time, it would somehow require a vast majority to be vaccinated. Much of the wound from Dengvaxia healed but this was just the beginning. Now, we are still left in dilemma as to whether Chinese-made vaccine CoronaVac (from Sinovac) is the way to go. This was further aggravated by the refusal of some top government officials from getting inoculated with this.

To be fair, several countries issued emergency authorization to date for the said vaccine from China. This includes, among many others, Brazil, Mexico, and even our ASEAN neighbors like Indonesia, Thailand and Cambodia. Malaysia, meanwhile, has provided full authorization of its use. However, the amassing opinions on social media, multifaceted issues with China making us feel like we’re being sold to the devil and just the plain credibility of government officials have put our game back to the bench.

Thanks to the frontliners unlike some who just acted for posterity purposes, vaccine confidence has improved though not significantly.

This is not new to us but from what happened in 2020, the several quarantine violations of the mighty and powerful officials may be put to blame as well. Given that they can get away with it, probably, we can as well. Although it is not the case as some low-profile violators got penalized, our behavior could have triggered the surge in cases lately. We are hungry, we are tired, we are sick of being isolated, what can we do to cope? We really have to go out. Also, we wanted to keep the economy afloat and for cash to flow, we definitely need to go out and spend. As we see things get worse, record after breaking record, it only adds to our frustration.

Finally, with all the incompetence of the government the citizenry is calling out, there is a caliper holding our wounds open. As most of us are online, we fall into prey with a handful of misinformation coming from bloggers, influencers and even local media outlets. This strategy of posting highly intriguing segments will definitely turn into peso signs when these items will hit target number of engagements and organic reach. It is a way of earning, yes and it can be perfectly normal on some issues. However, pandemic-related news should be carefully verified. Just as of this writing, the Western Visayan online landscape panicked. Whoever coined the term “lockdown” which eventually reached the local officials was successful in one thing – getting plenty of engagement – but as a public service, it is definitely something unethical. The pandemic deals with more than just who gets the information out first. Come to think of it, it is no wonder why some local media outlets become more of an entertainment source for the intellectuals. It makes intellectual segregation much easier.

Nevertheless, the media will forever be the source of information. The only refuge we have really lies on our hands and our curiosity. We are compelled to add a layer of verification of what we see online as we simply cannot find truth in a glance. I surely hope that as media practitioners, we would do our actions more prudently. Let the others do their thing; as media, we should be the reliable source. Nothing more or less than that.

As we are entering the 2nd year of our not so normal lives, let us be grateful that we are still connected no matter how disconnected we are. While our trust issues pile up, let us equip ourselves with sufficient critical thinking, common sense and reading comprehension. We may not be able to trust specific people but the only way to emerge victorious is to subject the information to deep scrutiny before allowing entry to our heads.

Our leaders, meanwhile, well, let that old saying sink in. It will give you a hard time when people are no longer convinced.

The author is a Filipino licensed civil engineer who specializes in highway safety and planning. He worked for the Department of Public Works and Highways before moving to National Economic and Development Authority as a senior policy and planning specialist. Follow him at https://ilonggoengineer.com

Why we are part of FIFA World Cup

Lamenting the loss of Filipino komiks