The Philippine Alliance to Stop TB launched a photo exhibit dubbed “Trials and Triumphs” to call for an end of tuberculosis (TB)-related stigma and discrimination on Friday, Sept 23, 2022 at Festive Walk Mall Iloilo, Mandurriao, Iloilo City.

The project in partnership with Megaworld Lifestyle Malls, Festive Walk Iloilo, and Daily Guardian used the narrative of 15 tuberculosis survivors to show how stigma and discrimination became major barriers to eliminating TB.

The photo exhibit captures their experiences of struggle, hopelessness, and discrimination as both TB patients and survivors in their communities, workplaces, and even in healthcare facilities when they go for treatment.

One TB survivor shared his experiences while undergoing medications for around three years, describing it as the “darkest and most difficult moments” of his life. 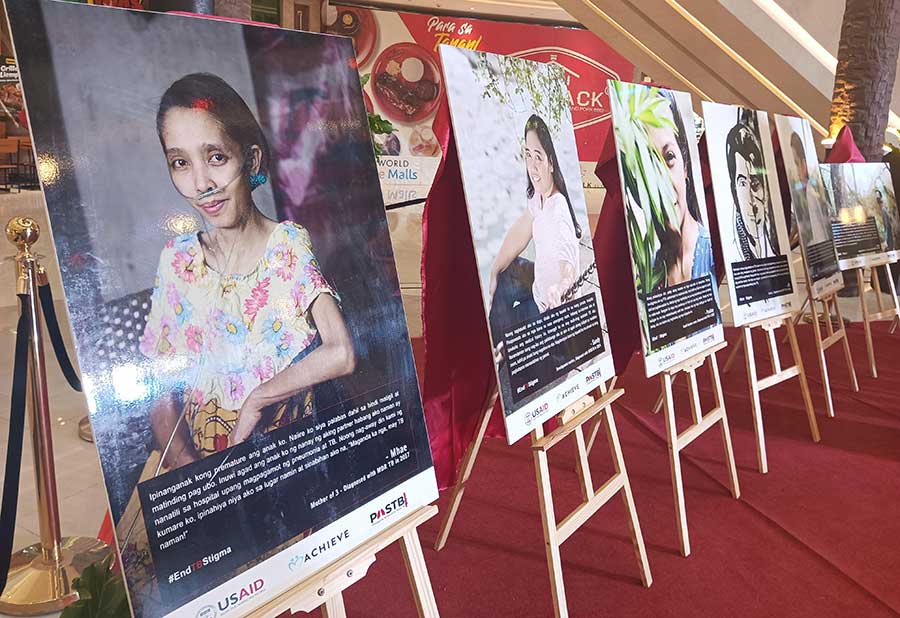 Iloilo City Councilor Alan Zaldivar said during the program that the Iloilo City Government supports such for the sake of public health.

Zaldivar also shared that he was also a TB survivor and he struggled during the time of his treatment as he did not have any support system.

“I had four medicines and aside from taking of medicines, it gave me anxiety and depression and thought of committing suicide,” Zaldivar added.

Meanwhile, Family Planning Organization of the Philippines (FPOP)-Iloilo’s Mona Liza Dionez also said that in order to stop the stigma and discrimination, everyone should learn to respect and understand the struggles of all TB patients.

“In order for us to cure and to destroy the stigma of these diseases, it takes a community, it takes teamwork to do this coming from our volunteers, coming from our partners like the DOH, and of course the political will of our leaders,” she added.

PAST members ChillLungs and FPOP-Iloilo together with USAID, ACHIEVE, the Department of Health (DOH), and other city government and health officials led the launch of the exhibit that will run from Sept 23 to 25.

The project was also part of the celebration of Lung Month last August as the PASTB was able to organize five photo exhibits in Luzon (Rizal, Cavite, Pasig City, Pampanga, and Bulacan), and two in Mindanao (Cagayan de Oro City and Davao City).

Another photo exhibit will also be launched by the alliance in Antique on September 29.

The PASTB is a network of 18 civil society organizations, non-government organizations, and patient support groups across the country that helps the TB community in advocating for human rights-based and people-centered TB response.