Charges for violation of Republic Act No. 9165 (Comprehensive Dangerous Drugs Act of 2002) were filed against Edward Villanueva, 33, an online businessman; Christopher Cervales, 38, a laborer; and Reymond Balasa, 35, a construction worker, all residents of Zamora Street.

The charges were filed before the Roxas City Prosecutors’ Office.

Recovered from the suspects were 12 sachets of suspected shabu with a market value of P100,000; several drug paraphernalia, a cellphone, and P500 marked money.

According to Villanueva, he was talking with his friends together with his mother when the PDEA team arrived and entered his house.

He said he and his friends were allegedly forced to enter a room in their house where they were mauled before declaring the buy-bust.

Villanueva denied they owned the illegal drugs recovered by the police, but he and Balasa admitted having used illegal drugs.

Punong Barangay Joseph Tinoy of Barangay VI said Balasa was indeed under monitoring by their anti-drug council for being a former drug surrenderer. 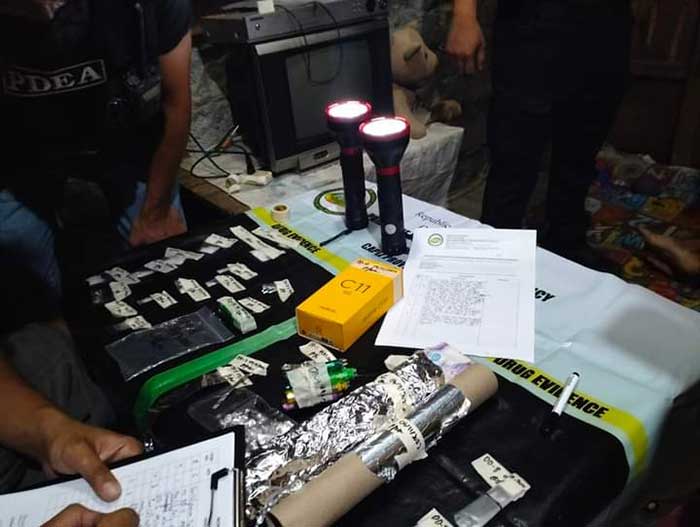 PDEA Capiz provincial officer Gelly Robins Cataluña claimed that Villanueva used his house as a drug den, based on the surveillance video presented by the operatives.

He denied the suspects’ allegations of planting illegal drugs and mauling the other suspects.

The suspects, who were all positive for drug use, are detained at Roxas City police station.