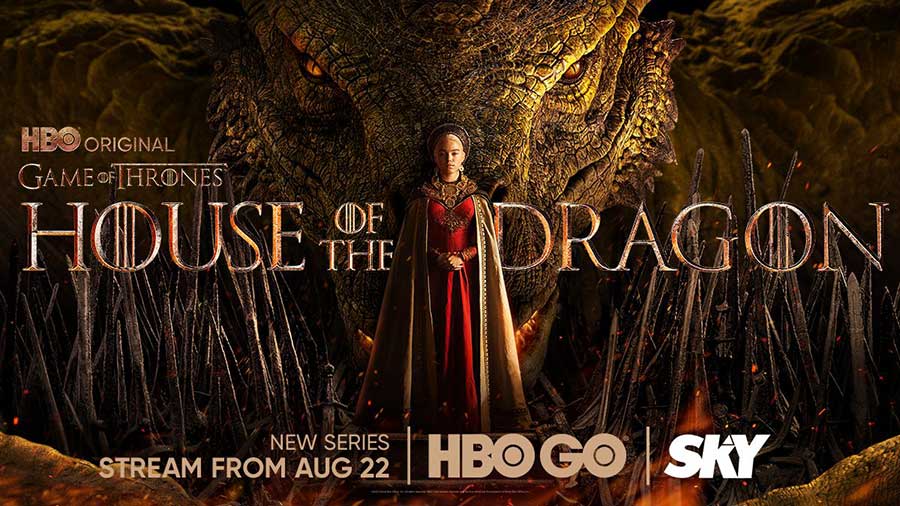 Based on bestselling author George R.R. Martin’s novel “Fire & Blood”, the series revolves around the story of House Targaryen 200 years before the events of Game of Thrones.

Tune in to the premiere of House of the Dragon, streaming on-demand beginning August 22, same time as the U.S., on HBO GO.

Before the premiere of House of the Dragon, Pinoy viewers can revisit Game of Thrones, with all episodes from Seasons 1 to 8 now streaming on HBO GO.

SKY subscribers can stream HBO GO through mobile, desktop, smart TV, and via the SKY Evo box for as low as P99 per month. To subscribe, visit mysky.com.ph/hbogo. HBO GO can also be enjoyed by SKYcable subscribers with existing HBO PAK subscription at no extra cost.