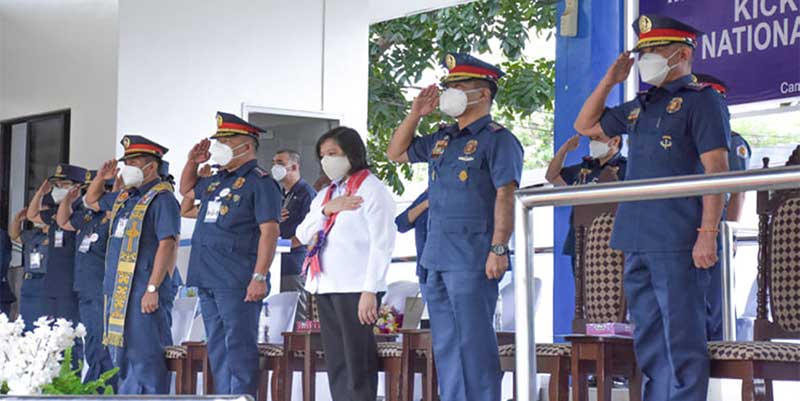 Eight policewomen and two civilian employees were honored during the kickoff ceremony for the 2022 National Women’s Month Celebration at the Police Regional Office (PRO)-6 in Camp Delgado, Iloilo City.

National Intelligence Coordination Agency (NICA)-6 Regional Director Anna Liza Umpar was the guest of honor and speaker of the activity.

Umpar lauded the initiative as she urged the PNP to “sustain this tradition of rewarding our female police officers beside their male counterparts for their invaluable contribution to law enforcement.”

“And most of all, let us put more stars on the shoulders of more women who deserve such,” she added.

During Monday’s celebration, an all-female battalion formation was composed as parading elements.

There was also a showcase of the different PNP uniforms worn by female personnel.

A presentation of PRO-6 Majorettes and band was also done to further highlight women’s role in the police service.