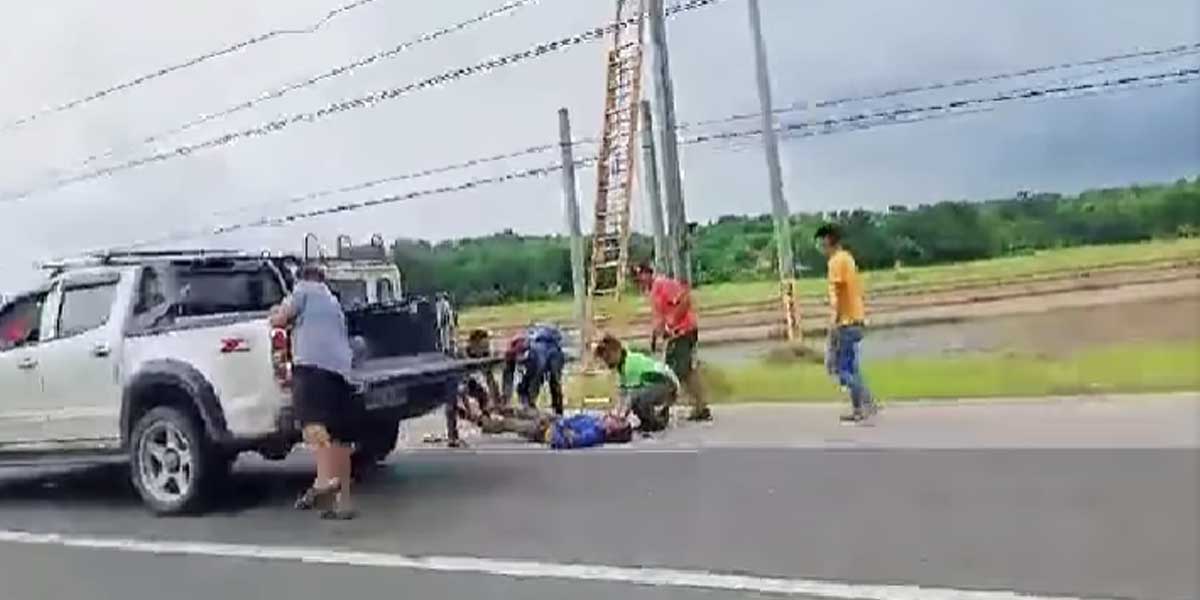 ROXAS CITY, Capiz– A lineman of a telecommunication company died after he was electrocuted while conducting line clearance in an electric post Monday afternoon at Brgy. Tinaytayan, Dumarao, Capiz.

According to Sta. Maria’s brother, the ladder the victim was using accidentally gave way and subsequently hit the fiber drop wire which led to his electrocution.