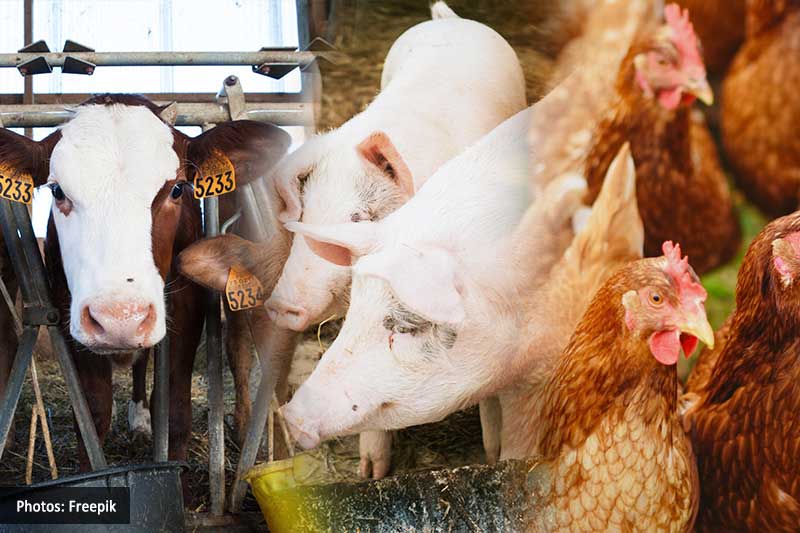 According to the authors, the support services provided by the government, private sector, and nongovernment organizations allow various roles in the value chain to function. “Many investments must be poured into production and process improvements, including technology, equipment, animal inventory, and manpower capacity upgrades, for the agriculture industry to be more competitive,” they said.

Though LPD industries produce a third of the agriculture sector’s output based on Philippine Statistics Authority data, local consumption still relies on imports. The study noted that pork import dependency showed “an increasing trend in value from 2012 to 2018”. Dressed chicken imports are “significantly higher than exports” and local milk production constitutes only “5 percent of the total milk demand”.

“Processing consolidation of backyard operators under farmer organizations (FOs) can be an opportunity to transform the LPD industries, as these organizations serve as the main conduit for capacity augmentation, technology transfer, and delivery of regulatory and other services,” the authors added.

This recommendation was echoed by another PIDS study authored by PIDS Senior Research Fellow Roehlano Briones and Research Analyst Isabel Espineli. The study compared the performance of the Philippines’ LPD industries with those of its neighboring countries. “The technical assistance provided to FOs should also focus on business development and adoption of digital technologies, especially in e-commerce, supply chain traceability, animal health monitoring, and so forth,” they said.

Briones and Espineli likewise raised the need to undertake a comprehensive review of trade policies affecting the value chain of the LPD industries.

“Trade policies should be carefully recalibrated toward greater efficiency and equitable treatment of stakeholders,” they said.

Both studies noted the Philippines’ failure to take advantage of export-driven industrialization. According to the authors, the country missed a phase in the structural transformation process by quickly shifting from an economy based on agriculture to one that is driven by services. The sector’s inability to move up the value chain was caused by policy inconsistencies that encouraged import substitution as well as foreign exchange.

For example, corn accounts for 50 percent of swine and poultry feed but local corn is more expensive than imported corn, prompting commercial producers to prefer importation. While high tariffs on corn seek to protect local producers, they raise feed cost which is the highest among all operating expenses, thereby increasing the overhead cost.

Opportunities in the sector may increase if the government pursues connectivity initiatives like strategic farm-to-market roads while expanding investment in agriculture-related infrastructure projects, such as improved biosecurity measures, production and postharvest facilities, and processing and marketing outlets.

Overall, an enabling environment needs to be put in place to allow the sector to be more competitive and provide higher-quality locally produced food products. As the country continues to face the challenge of food security, modernizing the agriculture industry is a must that should be addressed now.

Both studies also emphasized the need to strengthen the institutional oversight of regulatory compliance, food safety and standards, and animal welfare at the national and industry levels.