BACOLOD City – Police in Talisay City, Negros Occidental once again showed their Bayanihan spirit and kindness after providing a decent home to an elderly woman who is living alone in a remote area of Barangay San Fernando.

Encarnacion Solis, 73, was living in an old house made of light materials which was damaged by Super Typhoon Odette in late 2021.

According to Solis, a neighbor lent her the house so she could have a place to stay.

With the help of the police, the Army, and private donors, they were able to build a house for Solis where she could be safe.

It was the third house built by the police for their chosen beneficiary in Talisay City. 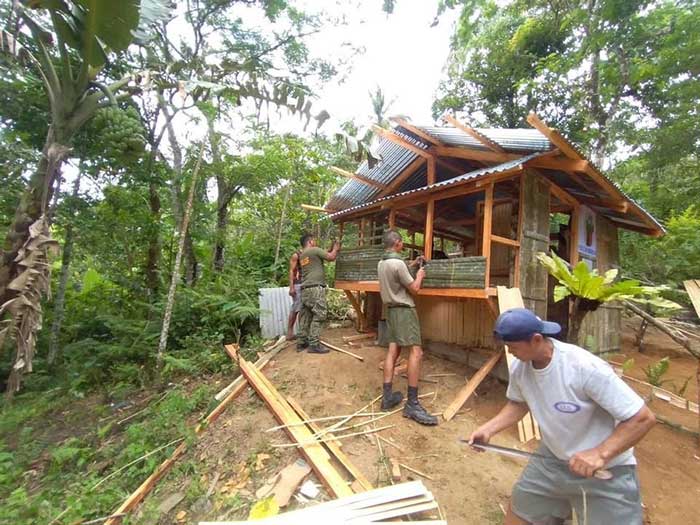 Solis, in a video posted by the police on Facebook, expressed her gratitude to the donors.

Solis said she has a child but since she could not provide for her education, she had her adopted while she was working as a househelper in Manila. From then, she lost contact with her child and the foster parents.

Solis also said that she doesn’t know if her elder sibling is still alive since she failed to visit her family in Cadiz City for many years now.

Aside from the house, she was also provided with medicines and vitamins. The police also assured her that they will frequently visit her to check on her situation.