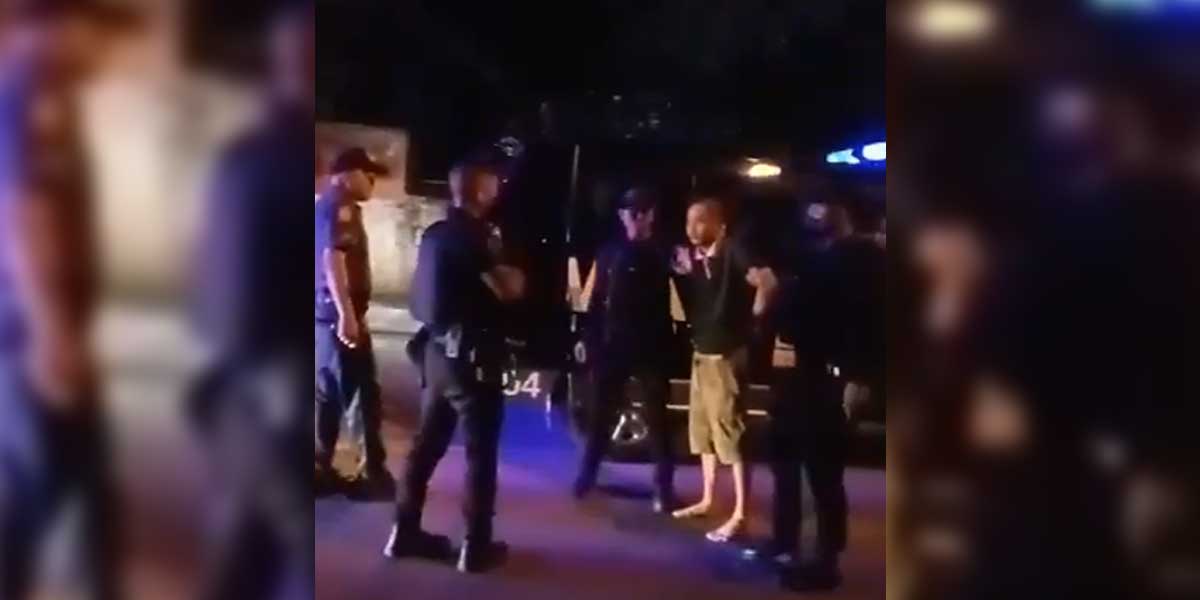 A sports utility vehicle (SUV) driver was arrested following a mishap along B. Aquino Ave. in Mandurriao, Iloilo evening of Oct 1, 2022.

But Ryan Christopher Biaco, 35, of LJ Ledesma Subdivision, Barangay Buhang, Jaro, only yielded to police authorities after a chase.

The incident happened when Biaoco, who was driving a Mitsubishi Montero Sport SUV (license plate DAU-6680), allegedly bumped into a Quarry Taxi unit, which subsequently hit an LCC Taxi around 10:45 p.m. Saturday.

Instead of owning up to what happened, Biaoco allegedly fled towards Molo district.

A motorcycle rider also chased after the fleeing suspect.

Operatives from the Special Weapons and Tactics (SWAT) unit who were stationed at the Smallville Complex spotted Biaoco’s vehicle with “evident damage on its bumper.”

They immediately ran after the suspect and signaled him to pull over.

But Biaoco allegedly disregarded and deliberately disobeyed the police’s signal.

He eventually plowed into a row of 22 rubber flowerpots along M.H. del Pilar Street.

Another police mobile ran after him until they overtook Biaoco’s vehicle and forced him to stop.

He was eventually cornered around 11:00 p.m. at Barangay North Avanceña, Molo.

Arresting policemen noted that the suspect offered resistance during his arrest but was later subdued.

A breath alcohol analyzer or ‘breathalyzer’ test was subsequently conducted on Biaoco.

He was placed under custody while charges are being prepared against him.

It was initially thought that Biaoco is an employee of the Department of Social Welfare and Development (DSWD)-6 regional after an employee’s identification card was recovered inside his vehicle.

But Atty. May Rago-Castillo, DSWD-6 regional information officer, clarified that Biaoco used to be a contractual employee of the agency under the Protective Services Division.

Biaoco’s contract with the DSWD-6 ended in 2019 but he failed to surrender his ID card.

Police claimed they could not get a coherent statement from the suspect after he was arrested.