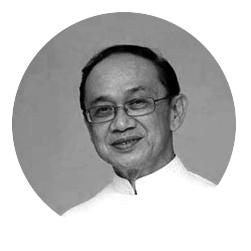 INDEED, we have to stick with science, since it is a very serious effort to know the whys and the wherefores of things, the causes and effects of certain phenomena in our life. We have to be most thankful to those people who have dedicated themselves to this service, since they truly are a big help to all of us. We can safely presume that all of them are working for the common good.

That said, we also have to remind ourselves that science itself, even in its best state, is always an evolving affair, a work in progress, where at times its initial findings may be modified, revised or drastically corrected later on, after more experimentations are done or a richer experience has already been gained. It can even be a very dynamic thing with modifications and corrections coming in quick succession.

We cannot deny that even among those involved in the scientific study of certain things, differences and conflicts of findings and opinions among themselves can come out. And that can be because of the different conditions and parameters used by them.

Besides, there can be different concrete objectives and interests that are also being pursued, even as common elements are also being shared. But, yes, we can always presume that science seeks to come out with findings that can have validity that is as universal as possible.

It is for this reason that while we should take science seriously, we should also be game with it, since it will never have the last word. At best, it can lead us to it, clarifying it and supporting it, but it can never be the last word which can only belong to God. Let’s never forget that the reality that science seeks to study is the empirical one. The spiritual and supernatural reality is beyond its reach.

This is a truth in our life that should never for forgotten, not even to be taken for granted. Any scientific study and research, if it truly has to be scientific, has to have its footing on the belief in God. Otherwise, it will tend to overstep its expertise, and make itself its own god. Or it can simply assume an agnostic posture which is another way of saying that God has nothing to do with science.

We should all know the basic range and scope of science, as well as its limitations. That way, we would have a better way of how to deal with the findings and recommendations of science.

And for those directly involved in science, it is hoped that they always acknowledge their dependence on God, and that all their findings and recommendations should have God as their inspiration. Such attitude never detracts from the required objectivity of their scientific work. On the contrary, it enhances their work. Their motives would be purer and their efforts more exacting.

Let us hope that this ongoing issue of the vaccine for COVID would somehow clarify the relation between God and science, and between faith and reason. While these two terms work on different levels, they actually are united. May the link between the two be better understood, appreciated and lived. Let’s put in the past whatever awkwardness, if not antagonism, exist between them.

If only for this, the heavy drama of the COVID19 would be all worthwhile.