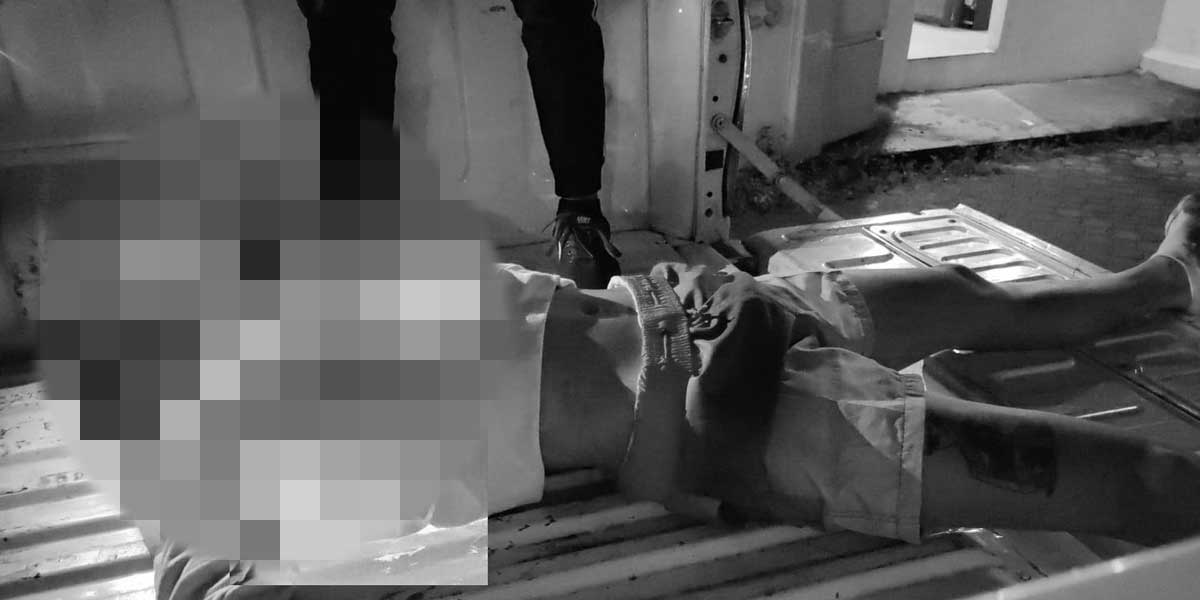 The family of Sean Axel del Castillo, the 21-year-old man who was shot dead at Smallville Complex, is offering a P100,000 reward for information on the whereabouts of the alleged gunman and his cohorts.

Will Botor, del Castillo’s uncle, said in a press conference that the family, while not rich, has pooled the amount to speed up the resolution of the case.

“Hindi kami mayaman but we wanted to expedite the resolution of the case para mabigyan ng hustisya ang nangyari. We will not in any way tolerate this kind of criminality,” he said.

It was gathered, though, that no criminal charge has been filed against John Rovel Vargas, the alleged gunman, and his companions.

The family said they don’t want to file a hastily prepared case. They opted to pursue the case after del Castillo’s burial.

In asking the public for help, Botor stressed that there is no place for killers in Iloilo and the whole of Panay Island.

“Iloilo City is a place for love and not for criminals. That’s why we appeal for help in locating John Rovel Vargas and make him pay for his criminal acts,” he said.

Botor said the family is also appealing for the help of the Iloilo City Police Office (ICPO), PNP chief General Rodolfo Azurin Jr., and Mayor Jerry Treñas to bring the suspect to justice.

In fairness to the police, Botor said the investigators have been keeping in touch with the family.

Castillo, a resident of Summer View Subdivision, Guzman Street, Manduriao, was hit on the back after Vargas allegedly shot him.

Responding police took del Castillo to the nearby Medicus Medical Center but he was pronounced dead on arrival.

Prior to the shooting episode, del Castillo was with some friends at the Lanai Grill and Sports Bar at Smallville Complex.

At the other table was Vargas, who was also with his friends.

Major Rey Sumagaysay, Iloilo City Police Station 5 chief, said del Castillo and Vargas used to be friends but had a falling out.

The two former friends later figured in a commotion inside the bar.

But bar bouncers and the female manager meddled and eventually pacified the duo.

Sumagaysay said the manager even pleaded for the victim to stay at the bar after the suspect and his companion left. She cautioned del Castillo that there were police stationed outside of the bar.

But del Castillo did not heed her plea as he went out and again challenged Vargas to a fight.

Vargas later went to his parked vehicle and took an unknown caliber of firearm.

The two groups went to a dimly-lit portion of Smallville Complex, away from the prying eyes of the police.

Shortly later, two of their companions ran to the cops who held them in custody. Seconds later, police heard gunfire.

They ran to the area where the gunshot rang and saw del Castillo on the ground.

The officers radioed another group of cops stationed at another block to bring the patrol vehicle to the crime scene.

As police took the victim to the hospital, Vargas was seen leaving the area on board his Mitsubishi Montero Sports SUV. His other companion left on a motorcycle.

Sumagaysay said del Castillo and Vargas’ common friend went with them to conduct a hot pursuit operation but failed to arrest the suspect.

Because of what happened, Mayor Jerry Treñas has ordered all establishments to serve liquor until 2 a.m. only.