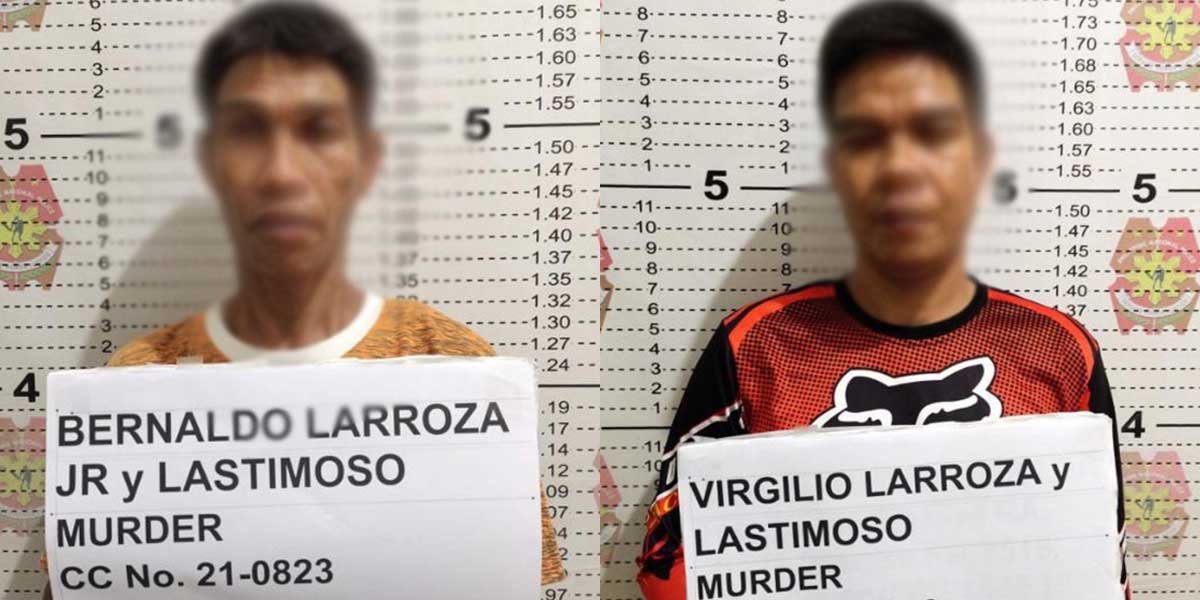 Ten minutes later, 31-year-old Virgilio Larroza was also collared at his home at the same village.

No bail was recommended for their temporary liberty.

Virgilio was listed as the sixth most wanted person of the municipality of Lambunao.

The Larroza siblings were the suspects in a hacking incident that led to the death of a certain Richard on Aug. 7, 2020 at Barangay Jayubo.

Investigators claimed that previous grudges between the victim and the suspects triggered the killing.

The two suspects are in the custody of Lambunao MPS for documentation and will be turned over to the court concerned.