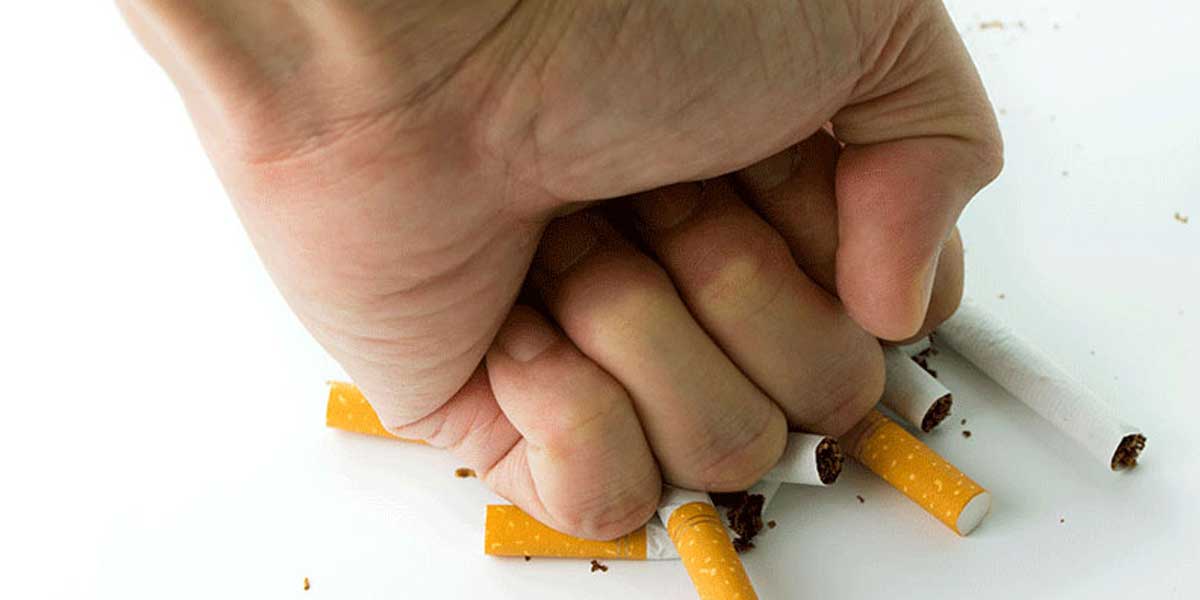 It is always a good time to stop smoking, but the impetus is particularly strong now with the pandemic having turned the spotlight on health. In addition, Ramadan is fast approaching and is an ideal time to quit as those who observe the fast also need to avoid smoking during daylight hours. An expert from global health system Cleveland Clinic points out there are many ways to stop smoking, and it is never too late – or too early – to quit.

“Giving up smoking is a journey and everybody is in a different place in their journey. Some people can kick their habit on the first try, while many others will struggle with quitting, says Cleveland Clinic pulmonologist Neha Solanki, MD. “Even if you have quit and restarted previously, the important thing is that you keep trying.”

According to the World Health Organization, more than 7 million people die each year from using tobacco. About 1.2 million individuals die from secondhand smoke. In addition, smoking can cause cancer, heart disease, stroke, diabetes and chronic obstructive pulmonary disease, among other negative consequences.

Here, Dr. Solanki shares seven ways to reduce the cravings and stop smoking, as well as the health benefits an individual can expect from taking the plunge.

Dr. Solanki says studies show that whether a person tapers their cigarettes slowly or stops smoking suddenly, the results are the same. “For some people, cold turkey is the only way to go,” says Dr. Solanki. “But for others, this method is just too difficult. It’s hard to break the ritual of smoking.”

She recommends people set a ‘quit date’ and then see if they can stop smoking immediately when that day arrives. If not, then they can try another method such as nicotine replacement therapy.

Dr. Solanki suggests trying over-the-counter methods such as nicotine patches, lozenges or gum. Alternatively, a physician can prescribe nicotine that comes in a nasal spray or inhaler, or non-nicotine medications.

“Often, people will start with a nicotine replacement therapy,” says Dr. Solanki. “For example, nicotine patches replace the nicotine from cigarettes and help treat the urge. Over time, we slowly taper down the amount of nicotine in the patches that you get.”

“Not only do you have to think about your nicotine habit, but you also have to change your rituals that play into reaching for that smoke,” says Dr. Solanki. “If you have a cigarette with your morning coffee or on your afternoon work break, rethink what you do during those times. Can you replace that ritual of smoking with something else?”

She says hard candies, carrot sticks or a lollipop could help with the oral fixation a smoker may have. “You’re still going through the motion of putting something in your mouth but without the harmful risks of smoking,” she says.

“Exercise helps you feel better, even if it’s just a walk around the block to curb cravings,” says Dr. Solanki. “When you exercise, your body releases endorphins and your blood starts flowing. It’s another great thing to do to distract yourself when you have an urge to smoke. Exercising is an incredibly good antidote to smoking.”

“A lot of people smoke to help calm anxiety and deal with stress,” says Dr. Solanki. “If you try relaxation techniques and methods such as yoga, deep breathing or meditation, these can boost your parasympathetic response. This helps diminish your anxiety, increases your level of focus and your ability to stay calm.”

“Consider throwing away ashtrays, lighters and other items that are used to smoke. By getting rid of those items, it makes it harder to pick up a cigarette,” says Dr. Solanki. She adds that it can also be helpful to clean one’s house and car to get rid of the smoke smell.

Dr. Solanki suggests people discuss their plans to quit with family and friends who can help hold them accountable. “Talk to them about how you’re feeling, what you’re struggling with and be honest about how many cigarettes you had,” she advises. Alternatively, health systems such as Cleveland Clinic offer online and in-person smoking cessation programs that can provide full support to patients.

What to expect after stopping smoking

Dr. Solanki warns that it may be tough initially to deal with cravings and that people may experience withdrawal symptoms within the first few days, including moodiness, irritability and headaches as the body gets used to not having nicotine. “You may have these withdrawal symptoms for a couple of days or a couple of weeks,” says Dr. Solanki. “It’s different for different people.”

However, she points out that once people have stopped smoking, they will notice a positive change in their health, including improved lung function, and a decrease in the number of times they cough and experience shortness of breath.

Once a person stops smoking, his or her health will improve in many ways, including:

“Everybody’s lungs get worse with age, but the rate of decline is much faster in people who smoke,” explains Dr. Solanki. “People who smoke have a lot of power to improve their health by stopping their habit.”

She adds that if a person has tried to quit unsuccessfully in the past, they shouldn’t feel guilty. “Re-evaluate your plan and start again. And keep in mind your reason for quitting — whether you’re doing it for your family or to improve your health. It’s OK if you have to start over again.”

Dr. Solanki concludes, “You’re the only person who can make yourself quit. You have control over what you put in your body. It’s a commitment that you need to make to yourself and your future self.”