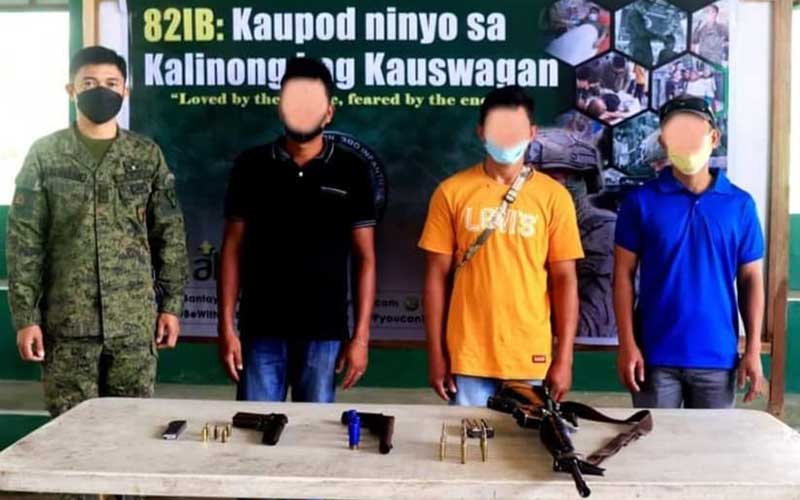 The Philippine Army’s 301st Infantry Battalion said the surrenderers used to be with the Southern Front and Central Front of the NPA’s Komiteng Rehiyon-Panay.

They handed over an M16 rifle, an improvised shotgun, a caliber .45 pistol, a homemade M79 grenade launcher, four 40MM HE cartridge, all of which are deemed functional.

Their application to avail of the government’s the Enhanced Comprehensive Local Integration Program (E-CLIP) is now being processed.