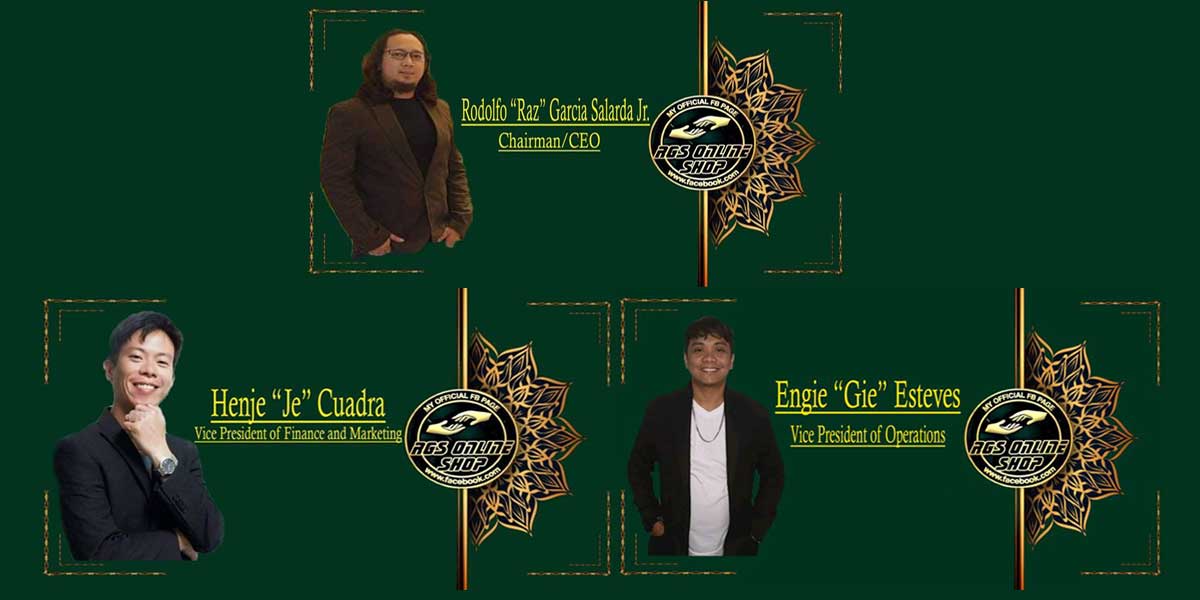 In an order dated March 1, 2022, the SEC en banc directed RGS World to immediately cease and desist from engaging in the unlawful or unauthorized solicitation, offer and/or sale of securities until it has filed the requisite registration statement and secured the necessary approval from the SEC.

The company and its directors have also been prohibited from transacting any business involving funds in its depository banks, and from transferring, disposing, or conveying any related assets to ensure the preservation of the assets of the investors.

The commission issued the cease and desist order after investigations by the SEC Enforcement and Investor Protection Department (EIPD), SEC Bacolod Extension Office (BacEO), and SEC Iloilo Extension Office showed that RGS World has been selling and/or offering compensation plans worth PHP1,000 to PHP20,000, with promised returns ranging from PHP3,500 to PHP80,000. 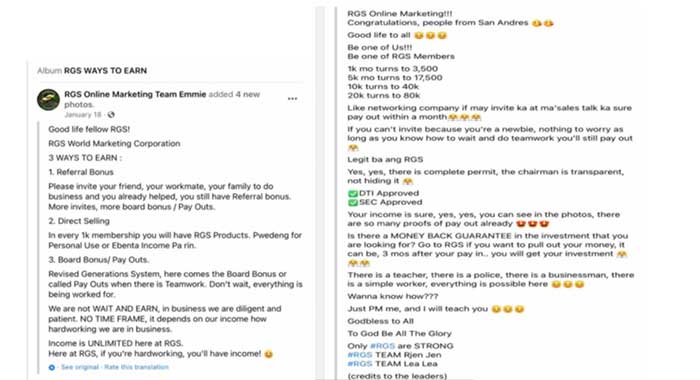 To entice prospective investors into their scheme, directors, agents, promoters, and existing investors of the Bacolod City-based company were found to be using their Facebook accounts to show photos of investors who have allegedly received their payouts.

Investors were also promised non-monetary returns, such as frozen goods and rice, as well as additional bonuses, incentives, and products by referring or recruiting more members.

The company also distributed products such as soap, liniment oils, rice, eggs, and other poultry products, to disguise its investment scheme as a legitimate distribution business.

“The EIPD was able to show that the investment scheme of RGS WORLD involves the pooling of the resources consisting of the money of its investors which are actually utilized to satisfy and pay the guaranteed returns of its existing investors,” the commission en banc held.

“This is the common enterprise that is being sustained by the investments received by RGS World from the public, although the same is masked by a product distribution business which, in reality, does not exist,” it said.

The commission also found that investors need not do anything but to entrust their money to the directors, officers, agents, and promoters of RGS World to receive their guaranteed returns.

However, BacEO has already received complaints from numerous investors claiming that they have not received the profits or products promised to them.

The scheme involves the sale and offer of securities to the public in the form of investment contracts, whereby a person invests his money in a common enterprise and is led to expect profits primarily from the efforts of others, according to the SEC.

Section 8 of Republic Act No. 8799, or The Securities Regulation Code (SRC), provides that securities shall not be sold or offered for sale or distribution within the Philippines, without a registration statement duly filed with and approved by the SEC.

“(T)his commission finds, and so holds, that RGS World is unlawfully engaged in the sale and/or offer of unregistered securities in the form of investment contract, because it has no license to carry out the same,” the order read.

Records from the Food and Drug Administration also show that RGS World and its affiliated entities have no license to operate a distribution business, according to the EIPD.

“(T)he commission holds that the act of RGS World in selling/offering unregistered securities operates as a fraud to the public which, if unrestrained, will likely cause grave or irreparable injury or prejudice to the investing public,” the commission en banc said. (SEC)