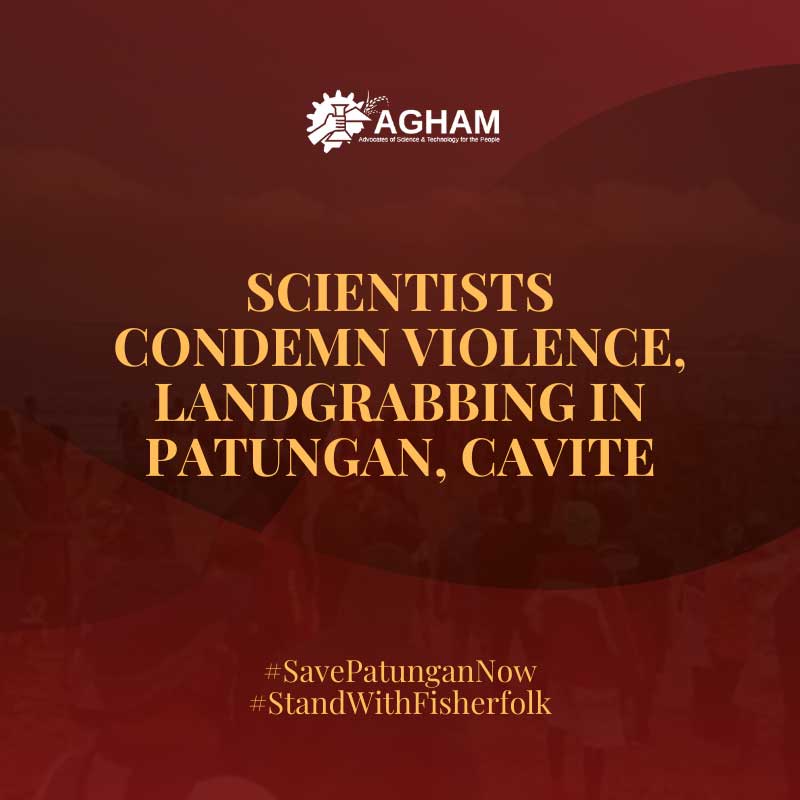 Scientists and science advocates on Tuesday blasted the Philippine National Police (PNP) over its alleged shooting of fisherfolk and residents, as well as aiding demolition efforts in a Cavite town.

The group AGHAM – Advocates of Science and Technology for the People condemned the PNP after they allegedly shot at residents in Brgy. Patungan in Maragondon town, where three residents were reportedly wounded.

The group called on the Cavite provincial government and the Commission on Human Rights (CHR) to investigate the demolition and the alleged violence against residents.

They also called on the Department of Environment and Natural Resources (DENR) to look into the issue surrounding the Patungan Cove area, as they say that it was a protected landscape legally reserved for its tenured residents and should not be developed

“We vehemently oppose the demolition of homes amid escalating numbers of new COVID cases as this might expose displaced residents to the airborne virus. As we face yet another year of health and environmental crises, it is imperative for the government to protect the rights of its citizens, especially those who produce the food on our tables and protect the environment,” AGHAM said in its statement.

They said that the MTV and MSDC had been looking to develop 600 hectares of property in the area for a private resort development.

Residents had successfully quelled previous demolition attempts in 2016 and 2020 according to the group.