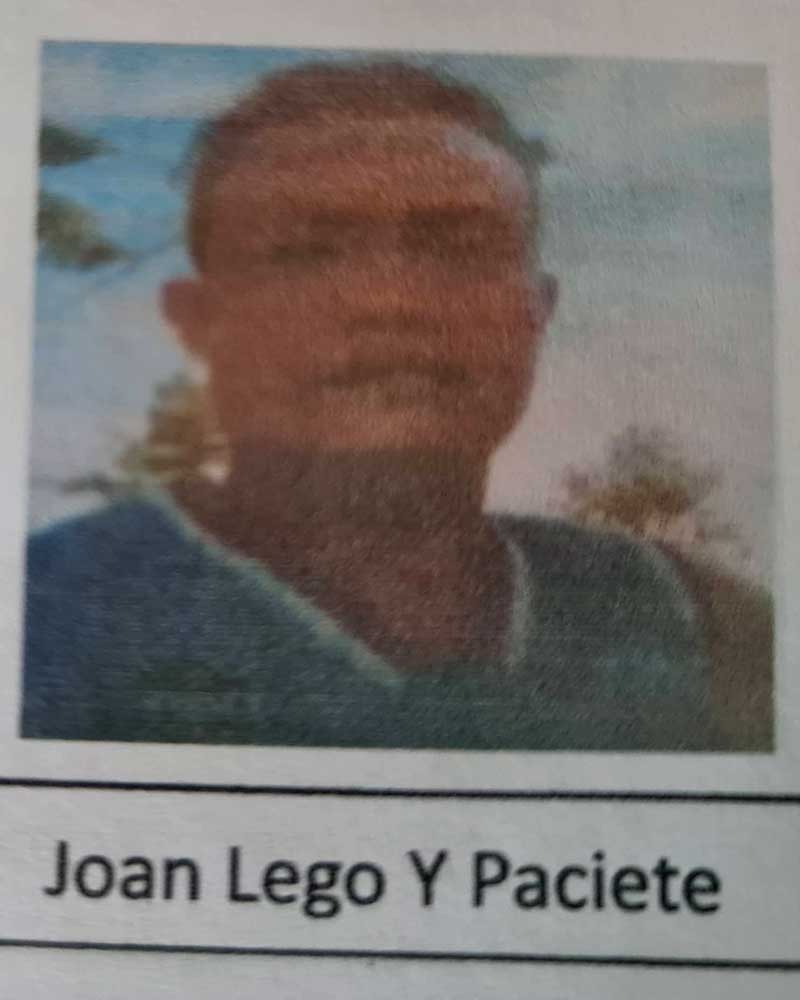 After some hits and misses, police arrested one of the leaders of an alleged carnapping and gun-for-hire group in Iloilo province.

Police also nabbed his pregnant live-in partner, 28-year-old Maylin Araneta. Their 3-year-old son was also with them during the operation.

Lego was wounded following a shootout with police operatives. He was immediately taken to Ramon Tabiana Memorial District Hospital for treatment.

IPPO records indicated that Lego was the subject of at least five warrants of arrest.

Lego, together with another alleged gang leader Rowen Libuna, was wanted for violation of Republic Act 10591 (Comprehensive Firearms and Ammunition Regulation Act) and Republic Act 9516 (Illegal Possession of Explosives).

They are also subjects of a warrant of arrest for robbery under Criminal Case No. 21-86885 issued by Judge Juana Judita Patriarca Panigbatan-Nafarrete of RTC Branch 38 in Iloilo City.

The two are also wanted for carnapping in Criminal Case No. 21-86886 with the warrant issued by Judge Daniel Antonio Gerardo Salvilla Amular of RTC Branch 35 in Iloilo City on Oct. 18, 2021.

Joan Lego also has a warrant of arrest with his cousin Joeffrey Vicente for robbery docketed as Criminal Case No. 20-06-38. Judge Gemalyn Faunillo-Tarol fo RTC Branch 76 in Januiay, Iloilo issued the arrest warrant on Aug. 11, 2020.

He and Araneta are wanted for theft in Criminal Case No. 3544. Judge Carmela Mae F. Mallada Tunguia of the 12th Municipal Circuit Trial Court in Cabatuan-Maasin, Iloilo issued the arrest warrant on Aug. 8, 2018.

During the operation, police recovered from Lego and his partner a homemade 12-gauge shotgun loaded with ammunition, two more live ammunition, a fragmentation grenade, and a black bag.

The Libuna-Lego Gang is known for robbery/hold-up and gun-for-hire activities not only in the province of Iloilo but also in other parts of Region 6.

The years of aggressive intelligence and police operations against the Libuna-Lego Gang had resulted in the arrests of its three members and the deaths of three others.  Some members remain at large as of this writing.

Colonel Adrian Acollador, Iloilo police chief, said the arrest of Lego will have a big impact on the anti-criminality campaign not only in Iloilo province but also in neighboring areas.

“We cannot be complacent though, another leader (Rowen Libuna) is still at large. He can still run the group and continue their illegal activities,” he said.

With the arrest of Lego, Acollador is confident that Libuna will also fall into the hands of the authorities soon.

“He can be elusive, but he could not hide any longer. He will be arrested in time,” Acollador said.

The couple had been staying in a nipa hut in the middle of a rice field for more than two months already.

Lego identified himself as Joven Espinosa while Araneta was using the name Marianne Parcon.

Dieron said they even recovered receipts from a money remittance center in the name of Joven Espinosa.

Police got wind of the couple’s activities after an informant reported that there was more to what the couple showed.

While they are living in a shabby house, they are placing big bets on gambling.

They are also using branded items, which don’t fit the kind of lifestyle they wanted to project.

“When the informant gave the description to us, we showed him Lego’s photos. It was then that we confirmed his identity,” he said.

The Lego-Libuna group had been tagged to the series of robbery incidents several years ago.

Their last known heist targeted the house of a Chinese businessman in Arevalo, Iloilo City on Nov. 7, 2020.

A robbery case was eventually filed against Lego and Libuna, who both hail from Lambunao, Iloilo.

They also commandeered the victim’s L-300 van, used it as a getaway vehicle, and later left it at Oton.

Prior to this, the group had been suspected to be behind the series of robbery cases in Cabatuan and Lambunao towns.