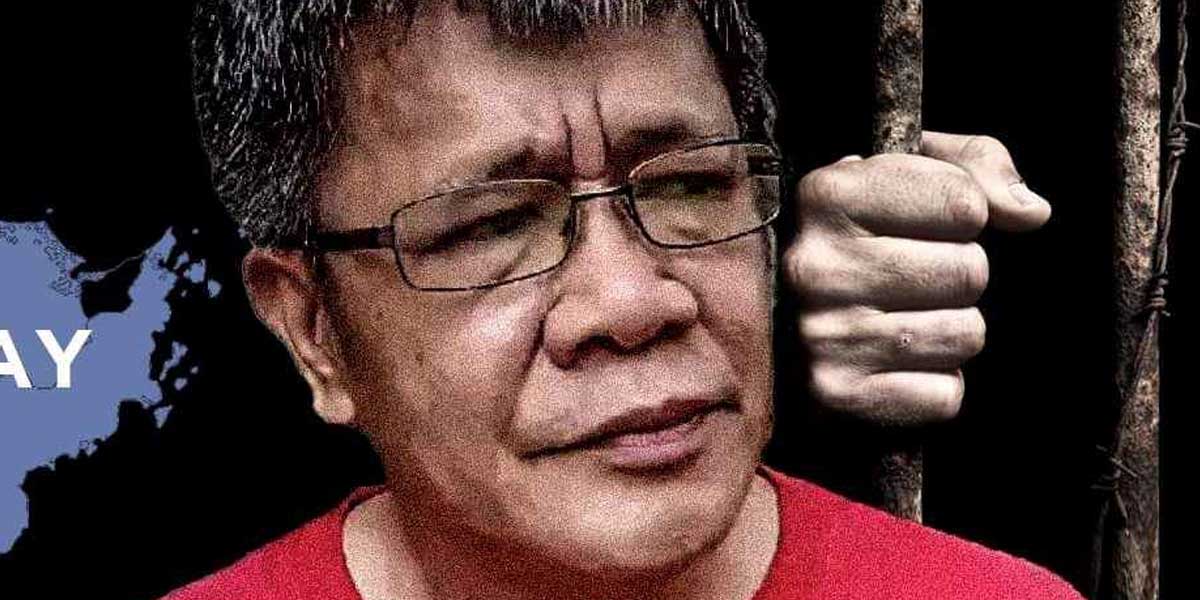 Bayan-Panay said in a statement that Judge Redentor Esperanza of the Regional Trial Court in Janiuay, Iloilo, granted bail to Forro after the prosecution finished presenting its evidence.

The court granted him bail in the amount of P650,000, which allowed him temporary liberty for the remainder of the trial, according to Bayan-Panay.

Under the rules, bail is granted for supposedly non-bailable offenses, like murder, when the court finds that the evidence against the accused is not strong.

The progressive group added that the release of their leader was timely for the commemoration of International Human Rights Day, as the group branded the charges filed against the human rights activist as ‘trumped-up’.

“The PNP (Philippine National Police) and AFP (Armed Forces of the Philippines) are notorious for bringing trumped-up charges against activists based on false testimony and planted evidence. The army’s claims are patently false, ridiculous, and nothing more than an attempt to suppress dissent and silence activists,” Bayan-Panay claimed in a statement.

“Because of the widespread and systematic persecution of perceived dissidents, there are now hundreds of political prisoners languishing in Philippine jails, including human rights defenders, peasant leaders, community workers, environmental and land defenders, and indigenous people,” it added.

Forro was arrested on March 29, 2022 in Cabatuan, Iloilo for murder and attempted murder charges.

Forro denied the charges before the Iloilo Prosecutor’s Office, saying that he and slain activist Jory Porquia were organizing aid to communities affected by COVID-19 lockdowns when the alleged crimes were committed.

Bayan-Panay deputy secretary general Bryan Bosque earlier condemned the arrest, claiming that it was related to charges filed against Forro in September 2020, as the military had linked the labor leader and human rights activist to an alleged encounter with the New People’s Army (NPA) in Lambunao, Iloilo in April 2020.

Despite his recent release, Bayan-Panay said that Forro still has to “contend with multiple politically-motivated and trumped-up cases and the threat of jail still looms large.”

The group also called on the government to end its “policy of persecuting and filing baseless cases against activists and progressive groups, and all political prisoners must be immediately freed.”

Aside from Forro, community worker Lenilyn Jaynos was also arrested by the police in September 2022 on charges of illegal possession of firearms and explosives that activists claim were also trumped-up.