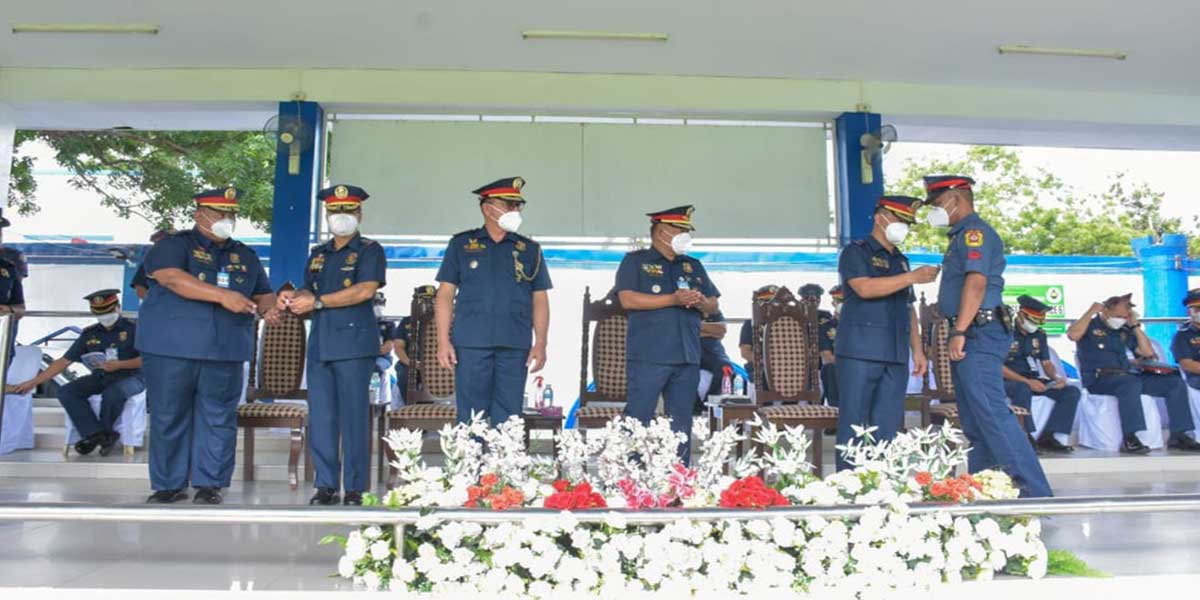 Seven personnel under Police Regional Office 6 (PRO6) and National Support Units were conferred the Order of Lapu-lapu (Rank of Kamagi) during the Flag Raising and Awarding Ceremony at Camp Gen Martin Teofilo B Delgado, Iloilo City on May 23, 2022.

The awarding was simultaneously done with the PNP National Headquarters and Police Regional Offices nationwide.

According to Police Brigadier General Flynn E Dongbo, PRO6 Director, the conferment ceremony is in relation with the significant contribution of PNP personnel in the Marawi Liberation in the year 2017.

The recipients of the Order of Lapu-lapu (Rank of Kamagi) are:

The Order of Lapu-lapu was created by virtue of Executive Order No. 35 signed by President Rodrigo Roa Duterte on July 28, 2017.

It is conferred by the President of the Philippines in recognition of the exemplary services rendered by officials and personnel of the Government as well as private individuals, in significantly advancing a campaign or advocacy of the president, particularly acts of valor and kindness described as extraordinary acts of service and exceptional contribution to the country.

The Rank of Kamagi is one of the four ranks that comprise the Order of Lapu-lapu Award. The other three are Rank of Kalasag, Rank of Kampilan, and Rank of Magalong.

The Rank of Kamagi is awarded to officials of the government and personnel as well as private individuals, who actively participated in and contributed significantly to an activity pursuant to a campaign or advocacy of the President.

The total recipients of the Order of Lapu-lapu (Rank of Kamagi) is 819, and 52 were already awarded in 2017. The remaining were awarded today in the PNP National Headquarters and Police Regional Offices.

Meanwhile, PRO6 also awarded the Medalya ng Papuri or PNP Commendation Medal to the following personnel for their significant and valuable contributions that contributed to the successful and peaceful conduct of the May 9, 2022 National and Local Elections:

“Congratulations to all our awardees, your performance bespeaks of your professionalism, commitment and dedication to duty. May your good deeds inspire our fellow police officers to always give their best to the Filipino people. Whether we were recognized or not, always offer the highest form of service to our clientele. This is the most precious and unique contribution we can contribute for the betterment of every community,” Brig. Gen Dongbo added.