The celebration was also highlighted by awarding of deserving PNP personnel.

The PNP Efficiency Medal or the Medalya ng Kasanayan was awarded to the following personnel of the Regional Community Affairs and Development Division:

They were cited for the successful launching of “Kapulungan ng inyong Pulis, ng Sundalo, ng Bantay Dagat, ng Commssion on Elections at ng lahat ng Lingkod Bayan kasama ang Simbahan at Pamayanan” (KASIMBAYANAN) for the secure, accurate, free and fair May 2022 elections and for various noteworthy Community Affairs and Development activities initiated that brings the PNP closer to the people and communities.

In her message, Director Mansinares expressed her sincere gratitude and congratulations to the men and women of PRO-6 headed Police Brigadier General Flynn E Dongbo for the dedicated and selfless service rendered in ensuring the peace, order and security of the region.

“I would like to express my heartfelt thanks to all of you for your lawful service in our combat against the pandemic, from the evacuation of our standard foreign and domestic tourists from March to May 2020, manning our borders and enforce lock down restrictions, aiding quarantine isolation facilities and securing our vaccination sites. Being at the frontline, you are committed to work 24/7.

The Department of Tourism is full of hope with our collaboration and support we could achieve a safer Western Visayas for us and to our visitors,” Director Mansinares added.

The celebration is an opportune time to recognize the community participation in crime prevention. It also serves as a vehicle in forging stronger police-community partnerships.

The PCR month is celebrated every month of July by virtue of Presidential Proclamation number 764 dated January 24, 2005 with NAPOLCOM as the lead agency 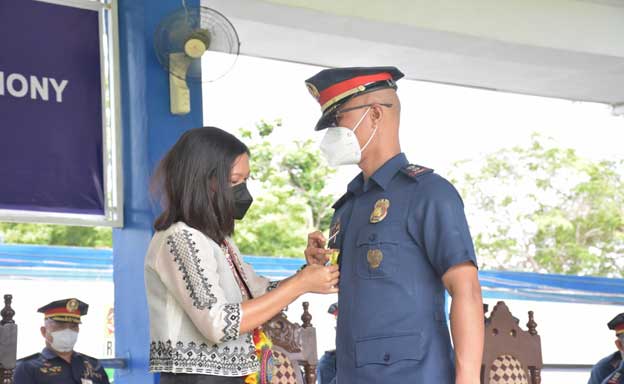