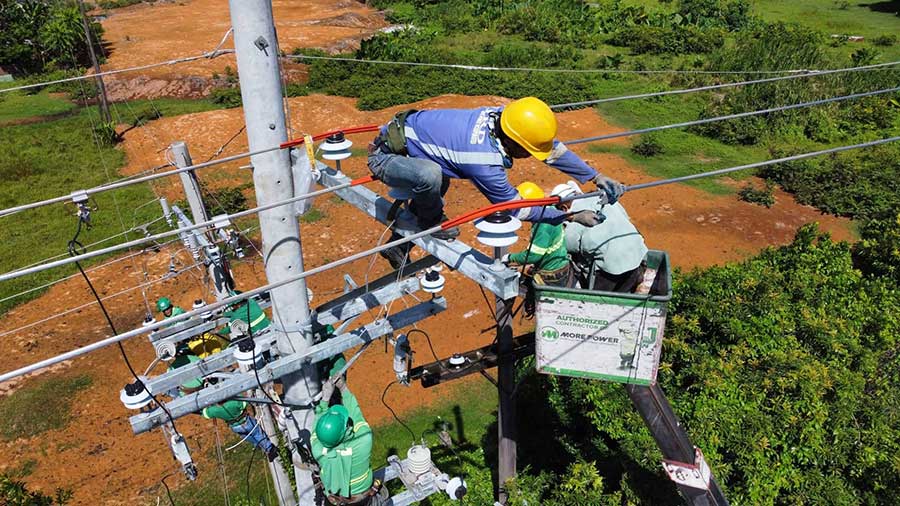 MORE Power asked for more patience from the public in the continuing rehabilitation and modernization projects it promised two and a half years ago when it took over the franchise area of Iloilo City as its electric power distribution utility.

The company’s five-year modernization and development plan covers all 180 barangays in the city to ensure an increase in energy efficiency, minimize power losses, and improve the distribution system’s reliability.

MORE Power said it endeavors to deliver excellent distribution service to its consumers, particularly by completing all rehabilitation works by February 2025 as committed to the City government of Iloilo.

”We ask for the understanding, patience, and support of our consumers as we continue to implement all the rehabilitation works that we have lined up because after we complete the 5-year modernization plan, we can expect a robust distribution system with maximum tolerance to causes of unintended outages, capable to handle bigger demand from consumers and industries,” MORE Power President and CEO Roel Castro said in a statement.

The company said it has delivered its promises ranging from infrastructure and power systems rehabilitation and even brought in one mobile substation with another one coming very soon plus the soon-to-be-completed Megaworld substation.

The firm highlighted the establishment of the 69-kilovolt transmission station in Brgy. Banuyao, La Paz, which reconnected Iloilo City to the Visayas power grid managed by the National Grid Corp. of the Philippines (NGCP).

“This project did not only improve the reliability of the system but also helped Iloilo City consumers during the time that Iloilo City is still trying to recover from the pandemic, since they were able to enjoy a lower power rate, as this allowed MORE Power 100% access to the grid which resulted to flexibility in choosing power suppliers,” the firm added.

MORE Power said it was able to complete several uprating projects of its primary and secondary lines; installed and replaced 1,518 primary and 1,240 secondary poles and 701 distribution transformers; replaced over 30,000 old kWh-meters, and installed more than 40 elevated meter centers.

What are the impacts of these projects?

SAIDI – which measures how long, on average, each customer was without power each year – a 47% improvement since 2020 was achieved, with a target of 61% by 2025 or an equivalent of 28 minutes compared to the international benchmark of 75 minutes.

MORE Power said it also drastically reduced systems loss from 29.72% in April 2020 to 7.5% in October 2022 with its Anti-Pilferage campaign that led to the apprehension of all violators regardless of position, affiliation, or social status.

The power utility legitimized consumers who have become dependent on illegal connections because of the difficulty to submit the requirements needed to have a power connection from the previous provider.

It simplified the application requirements for electricity connection and brought its staff to the community to assist consumers who are unable to go to the office to process applications.

Despite the fact that there was no turnover of any records, data, or operations history by the former DU upon takeover of MORE Power on Feb. 29, 2020, the company was still able to increase the number of active customers from a base of about 62,000 consumers in 2020 to 89,450 active consumers as of September 2022.

“Ilonggos deserve the best from us. Nothing more, nothing less.” Castro stressed.