Road closure and traffic re-routing schemes were imposed in portions of La Paz district in Iloilo City on Wednesday, May 11, 2022 to give way for the renovation of the La Paz public market.

According to Jeck Conlu, head of the Public Safety and Transportation Management Office (PSTMO), the road in front of the La Paz Public Market or Rizal St. was temporarily closed.

Meanwhile, the initially one-way Luna St. in front of Gaisano La Paz will now become a two-way road as part of the traffic re-routing. 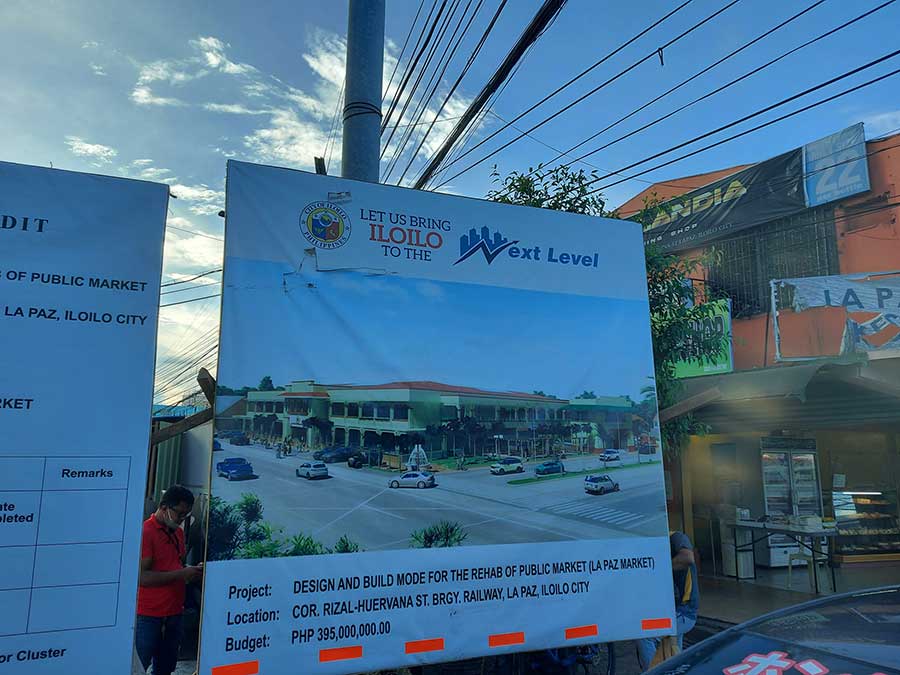 For those coming from Huervana and Arroyo St. in La Paz, Conlu said vehicles can turn left back to the area in the Hall of Justice in City Proper or in the area of Nabitasan, La Paz.

Conlu said that public utility jeepneys (PUJs) which will be affected by the traffic re-routing and road closure are Jaro CPU, Ticud, Lapaz, and Tagbak, Jaro.

He advised PUJs and private vehicles to follow the alternative route to avoid traffic congestion.

Three public markets which include the La Paz Market, Arevalo Market, and the Jaro (Big) Market.

are expected to undergo demolition and rehabilitation this year.

Based on the report of the Committee on Markets in Sangguniang Panlungsod headed by Councilor Ely Estante Jr., the markets rehab will be undertaken through public bidding under the Design and Build scheme.

Moreover, the funding for these projects will be sourced from the P1.7 billion loan package secured by the Iloilo City Government.

The estimated budget for the rehabilitation of the La Paz Market is P395 million. The Jaro (Big) Market has also the same budget (P395 million) while the budget for Arevalo market is P150 million. (DG)