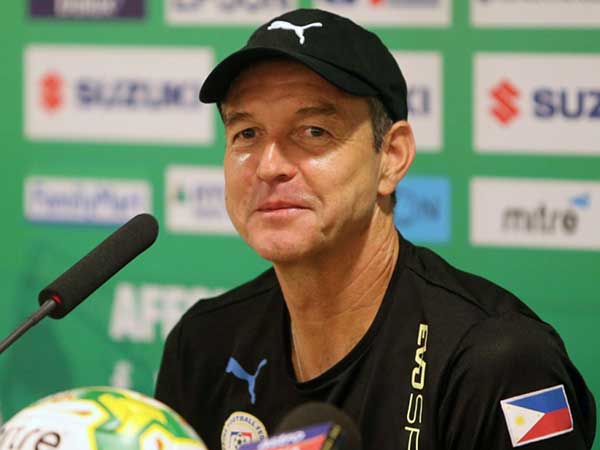 A familiar face will be returning to help the Philippine Azkals.

“We would like to welcome Coach Thomas Dooley back with the men’s national team. We trust that he can take the team to greater heights in his second stint as head coach. We wish him and the team well as they prepare for the AFC Asian Cup 2023 qualifiers next month,” said Philippine Football Federation (PFF) president Ilonggo sportsman Mariano “Nonong” Araneta.

Dooley was the man behind Azkals’ stellar run during the 2019 AFC Asian Cup qualifiers where the national team upset Tajikistan, 2-1, last 2018.

The former American football player is eager to get to work and will gather the Filipino booters to prepare for the upcoming final round of the 2023 AFC Asian Cup.

Dooley and the Azkals will fly to Mongolia next month and will set up a highly-anticipated showdown against Yemen in their first match of the tournament.

Aside from Yemen, the Azkals will also square off against Mongolia and Palestine and are eager to bounce back after a series of defeats against Singapore and Malaysia.

“I am honored to coach our beloved team again. Players will be honored to wear this jersey with pride. Not just talking about it, showing it on the field. We will take the success back to where we left off together four years ago. I know it’s easier said than done,” said Dooley.

As of now, Dooley and his coaching staff are yet to form the final roster for the AFC Asian Cup qualifiers and will have a month of preparation against their three opponents.