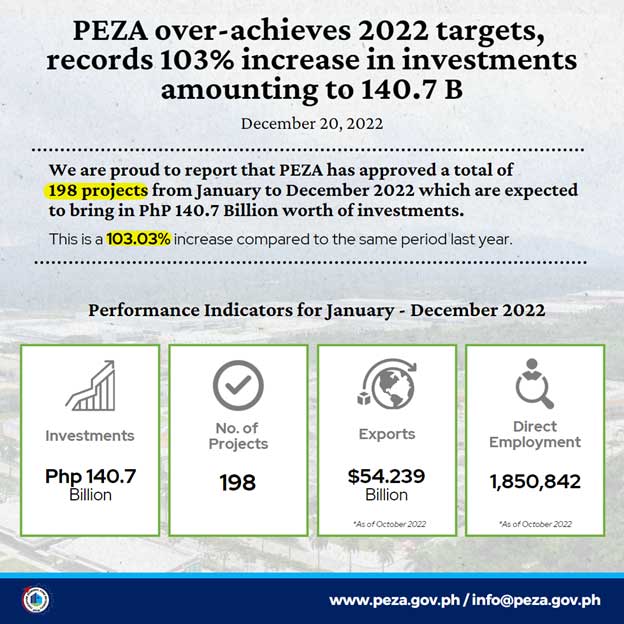 Proving that the agency can reach its target of total investments in 2022, the Philippine Economic Zone Authority (PEZA) has over-achieved beyond the 6-7% target for 2022.

“We are proud to report that PEZA has approved a total of 198 projects from January to December 2022 which are expected to bring in PhP140.7 billion worth of investments. This is a 103.03% increase compared to the same period last year,” said PEZA OIC Chief Tereso O. Panga on Monday.

He explained, “At the rate we are going now, PEZA has achieved this year the level of annual investments approved in 2018. That means that the country’s ecozones and high-performance investments are back to the pre-pandemic, even surpassing the 2018 level. Indeed, the economic and political climate are improving under the PBBM administration and we hope to sustain very good performance as we prepare for the upturn in the economy and our transition to upper-middle income status.” 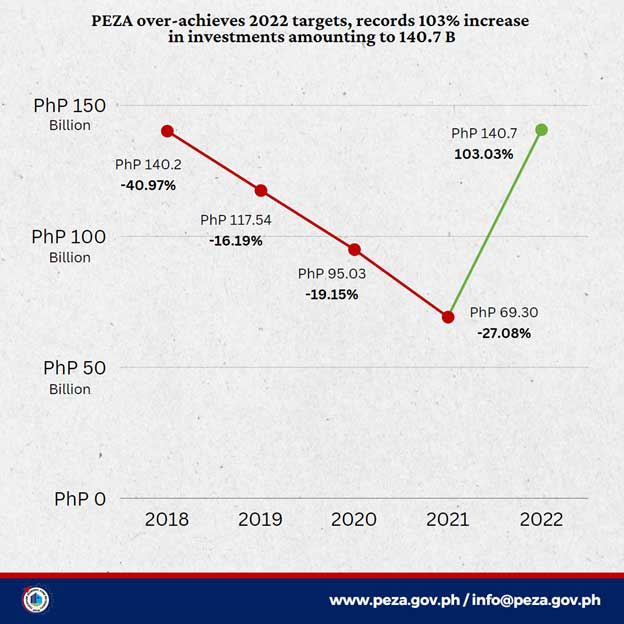 The PhP140.7 billion investment approval of PEZA in 2022 exceeds its four-year annual performance with PhP140.2 billion last recorded in 2018 followed by a constant yearly decline in investments until 2021 due to the pandemic, Russia-Ukraine war, and the ensuing global supply chain disruptions.

The PEZA interim chief noted that “With the increasing GDP growth rate of the Philippines, we can expect more FDIs to register with PEZA. What is important is we keep building and sustaining the confidence of investors and the country’s competitiveness in investment promotions and facilitations.”

The total comes as the PEZA Board, which was presided by DTI Secretary and Chairman Alfredo Pascual, approved last December 15 about 13 new and expansion projects expected to bring in PhP83.651 billion in investments.

These projects will be located in the Taguig City, Pangasinan, Cavite, Batangas, Laguna, Cebu, and Negros Occidental. 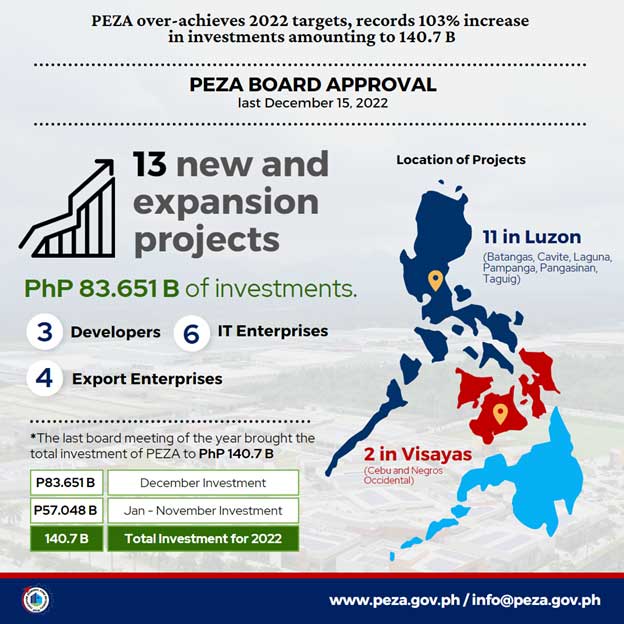