Personal remittances from Overseas Filipinos (OFs) reached US$3.23 billion in October 2022, higher by 3.5 percent than the US$3.12 billion registered in the same month last year. The increase in personal remittances in October 2022 was due to higher remittances sent by 1) land-based workers with work contracts of one year or more, and 2) sea- and land-based workers with work contracts of less than one year. 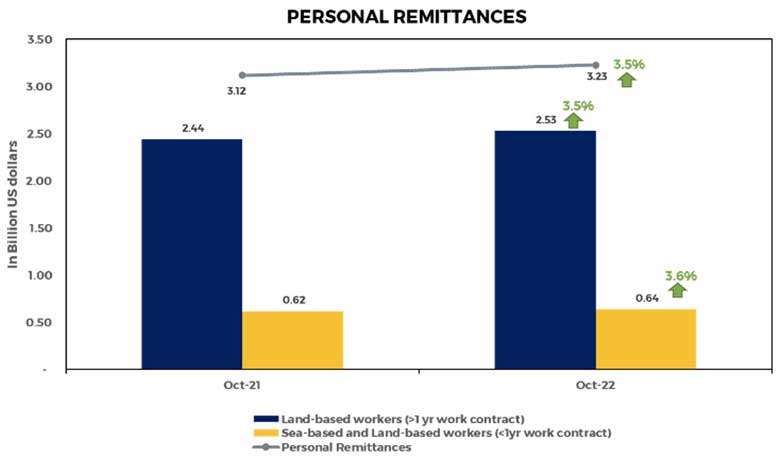 Consequently, cumulative personal remittances grew by 3.1 percent to US$29.72 billion in the first ten months of 2022 from US$28.82 billion recorded in the comparable period in 2021. 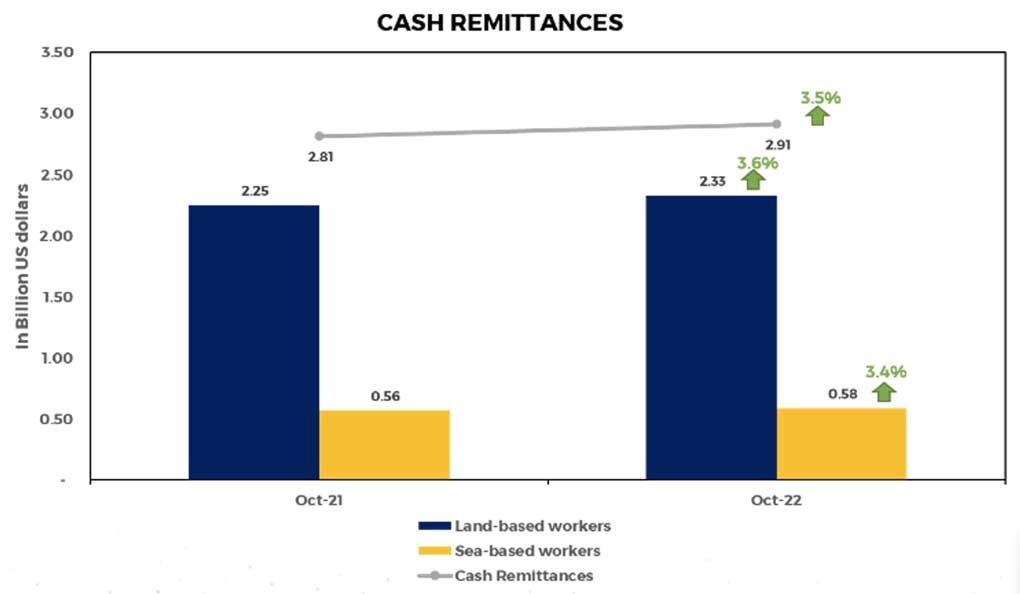 The growth in cash remittances from the United States (US), Saudi Arabia, Singapore, and Qatar contributed largely to the increase in remittances in January-October 2022. Meanwhile, in terms of country sources, the US posted the highest share of overall remittances in the first ten months of 2022, followed by Singapore and Saudi Arabia.[1] 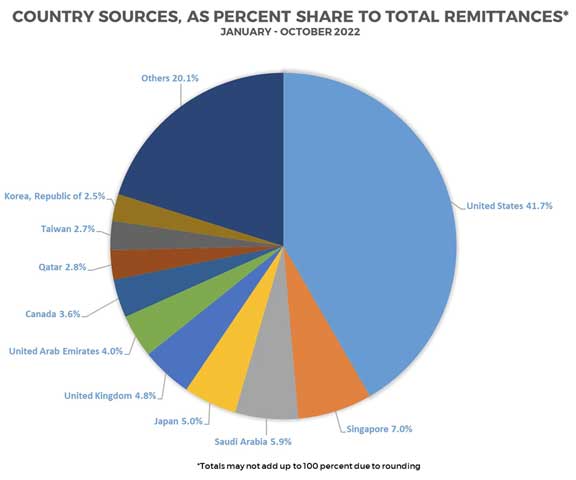 [1] There are some limitations on the remittance data by source. A common practice of remittance centers in various cities abroad is to course remittances through correspondent banks, most of which are located in the U.S. Also, remittances coursed through money couriers cannot be disaggregated by actual country source and are lodged under the country where the main offices are located, which, in many cases, is in the U.S. Therefore, the U.S. would appear to be the main source of OF remittances because banks attribute the origin of funds to the most immediate source. The countries are listed in order of their share of cash remittances, i.e., from highest to lowest.