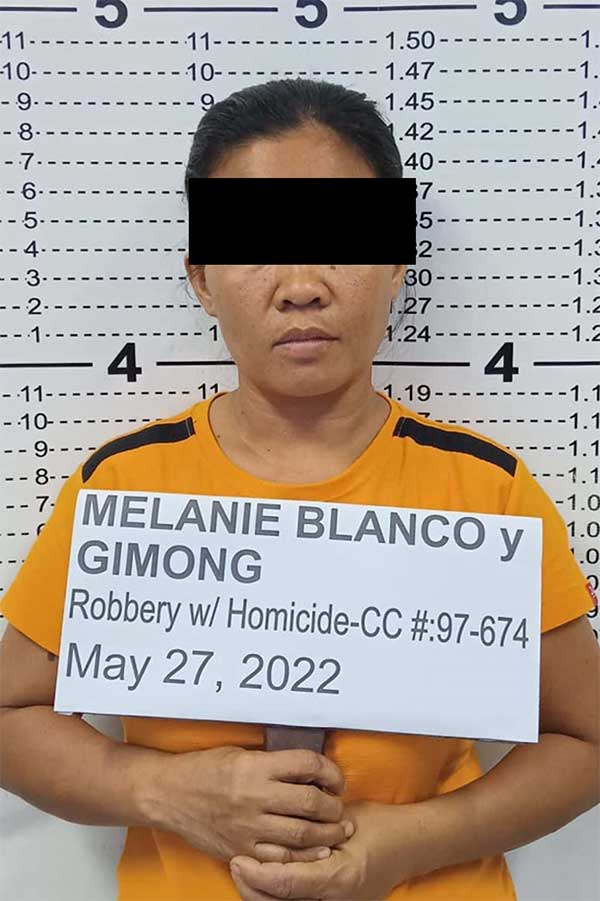 A woman tagged as Parañaque City’s most wanted person was arrested May 27, 2022 in Jamindan, Capiz.

No bail was recommended for Blanco’s temporary freedom.

Blanco and her two companions were accused of a crime that happened almost 25 years ago.

Sometime in August 1997, the three suspects allegedly connived in robbing P194,500 from her female employer.

They later stabbed the victim to death, reports added.

“This is a clear manifestation that no one can hide from the rule of law and show that the police keeps on tracking the remaining wanted persons in the region,” Dongbo said.

Blanco is presently at the custody of Jamindan Municipal Police Station for proper disposition of his arrest.