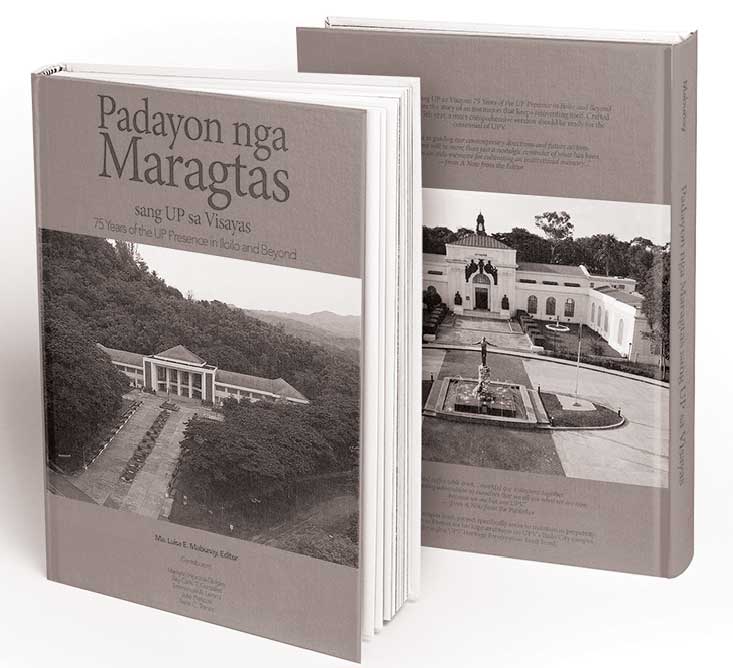 UP Visayas and its alumni will launch on August 19, 2022 a book on the state university’s history and impact on Iloilo in celebration of its 75 years of presence in Iloilo.

The launching will be held at Hotel del Rio, Iloilo City with retired Supreme Court Associate Justice Francis H. Jardeleza at the helm.

Apart from chronicling UPV’s contributions to Iloilo, the launch of “Padayon nga Maragtas sang UP sa Visayas: 75 Years of the UP Presence in Iloilo and Beyond” also aims to raise funds that will be used to maintain in perpetuity the Handumanan Project for heritage structures at the University of the Philippines Visayas Iloilo City campus through a UPV Heritage Preservation Trust Fund.

Here is the synopsis of Padayon nga Maragtas sang UP sa Visayas:

In the mid-1940s, when Iloilo City – and indeed the rest of the Philippines – was just starting a long recovery from the devastation of World War Il, a dream was born.

Iloilo City’s Municipal Board, led by then-Mayor Fernando Lopez, had the vision of establishing in the city an institution of learning that would provide high-quality education for city and provincial residents, and indeed all of Panay Island.

In 1945 they passed a resolution providing for the opening of an Iloilo College of the University of the Philippines (UP), the country’s premier university founded in 1908. They already had a venue to offer, their very own City Hall building.

Researcher and editor, retired Professor Ma. Luisa E. Mabunay noted that the city officials so yearned for a local UP branch that they were willing to move out to make this happen. City officials vacated City Hall on May 21, 1947, and on July 1, 1947, the UP Iloilo College was inaugurated, welcoming 222 students in its first year.

Fast forward 75 years later and UP Iloilo College (UPIC), now the University of the Philippines Visayas (UPV), has five colleges across three campuses across the Visayas region, and had 4,440 students in AY 2021-2022. Extension campuses are also being developed in the provinces of Capiz and Antique.

The book Padayon nga Maragtas traces the 75-year journey of the UP Visayas to what it is today. This book is an invaluable resource for everyone with an interest in history, education, regional development, and in the growth of institutions and the factors that power this growth.

As Dr. Mabunay writes, it is not just a nostalgic reminder of what has been but a work that is “useful in guiding our contemporary directions and future actions.”

Beyond recording for future generations, the story of UPV’s journey to becoming a fully autonomous university serving the Visayas region, Padayon nga Maragtas is part of a larger effort to preserve campus landmarks that embody that history.

Proceeds from the non-profit publication of the book will be set aside solely to fund a UPV Heritage Preservation Trust Fund that will help maintain in perpetuity the Handumanan Project, a project aiming to reconstruct and preserve the Woman’s Club and High School buildings located at the Iloilo City campus. These buildings serve as tangible reminders of UPV’s past and for generations yet to come, they provide a context for the story they are living out.

In the words of the writer John Steinbeck: “How will we know it’s us without our past?”

Padayon nga Maragtas and the Handumanan Project both serve to preserve the past and the unique identity of the University of the Philippines Visayas.