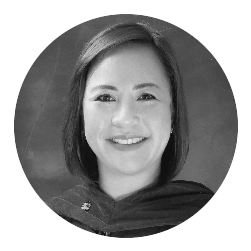 Many countries in the world, including ours, celebrated Father’s Day this past Sunday. With that distinct celebration alone (which falls every 3rd Sunday of June), the month seems to be associated with particular images of men—as breadwinner, as father-role model, as hero. Perhaps this is also what prompted an LGU in Southern Philippines to pass an ordinance declaring June as Men’s Month. I think the intention was well-meant, but it most likely comes from a limited interpretation of the municipal GAD Code, thinking that men’s concerns should not be overshadowed by Women’s Month or Pride Month.  It comes from the stereotyped notion that “real” men should always be visible in societal events, even though they really are ever-present in our consciousness and in practically all contexts.  We therefore find it hard to imagine men taking on divergent and “softer” roles from what society ascribes.  In our own society, men are expected to be tough guys measured by the prowess of their fist and genitalia. They are also deemed as brooding warriors, rational decision-makers, romantic lovers, rich and powerful, defenders of the “weaker sex”. In reality, there are many types of masculinities that men — fathers and non-fathers alike — manifest.  Like my own father and the father of my sons, there are men who cook, take care of children, clean the house, sew and do other things perceived as “feminine”.  There are also men who sing and dance while “looking like women”.  And yes, there are men who have different sexual attractions (or even asexual) than most.  I think men who express these types of masculinities are, in fact, more interesting because they are more secure in their own self-identity, transcend the restrictive expectations by the patriarchal culture and redefine themselves without being violent to others.

This discussion on masculinities is consistent with our discourse of gender as non-binary.  Meaning, a person’s sexual orientation, gender identity and expression fall more on a spectrum rather than just two simplistic categories.  Since the study of gender is reflexive of societal power relations, women can speak on masculinity, too.  More so since most men do not actually realize the restrictions imposed on them by cultural norms when they bask in patriarchal privileges.  As Audrey Lorde would say, “The master’s tools will never dismantle the master’s house”.  We cannot really expect men to end patriarchy by themselves. Hence, it becomes incumbent upon “the Other”—the women and the LGBTQ community, to assert that everyone (men included) has the freedom to lead their lives as they see fit, without judgment and discrimination. Provided, of course, that they do not trample on another’s rights.

New masculinities revolve around the concept of transcending patriarchy.  It debunks the view that power is exclusively a male property expressed via aggressive competitiveness and domination of others.  Power is regarded as shared by men with others (and empowers others) resulting to a more egalitarian, equitable and productive society.   Yet here lies the problem of masculinities for Filipinos: as a people, we have this prevalent idea of what a man should be.  In the Philippines, men are NOT supposed to show tender emotions or cry, NOT supposed to be burdened with household chores, NOT use cosmetics and care about fashion, NOT supposed to extend the pinkie finger when lifting a glass…and the list goes on. Failure to subscribe to these societal expectations merit swift and harsh backlash which oftentimes also serve as an affront to gays—“Ano ka? Bakla?!” On the other hand, what is being reinforced is the type of masculinity that we can term as toxic : the kind that resorts to violence in all forms, from bullying, to domestic abuse, to institutional abuse of power on civilians in the most disrespectful, inhumane ways possible (even without solid evidence). But I think that the toxic male is NOT a model of a powerful male because of his failure to overcome his tendency to be violent, oppressive, and boxed in by patriarchal pressures.  We should instead look at verified examples of manly virtues, like St. John the Baptist, whose Feast Day we celebrate today. A man who carved his own path to prepare others—females and males alike—for social change, John the Baptist was the epitome of one who was not afraid to be different, who challenged the status quo, practiced what he preached, opposed injustice, and did not compromise his convictions.

I do believe that when men understand the logic and actively participate behind the advocacy for gender equity and equality, they will learn more about themselves as humans rather than act as irrational beings.  This brings me back to the news on an LGU declaring June as Men’s Month.  The execution was rather ignorant of historical bases and the real purpose of GAD mainstreaming.  Basically, this is not a contest. We are not randomly assigning months to women and members of the LGBTQ community. The focus or emphasis on women’s empowerment and the plight of gender minorities is prompted by continued gender inequities that disadvantage women and gender non-conformists, including other men.  The end goal is inclusivity or co-equal human existence. Men who understand this will not ask “How about us? When will our month be?” They will not feel deprived nor threatened by the possibility of subversion of their power and privilege. Instead, they would work towards a more gender-equitable and eventual gender-equal world for themselves, for others, and for their children.