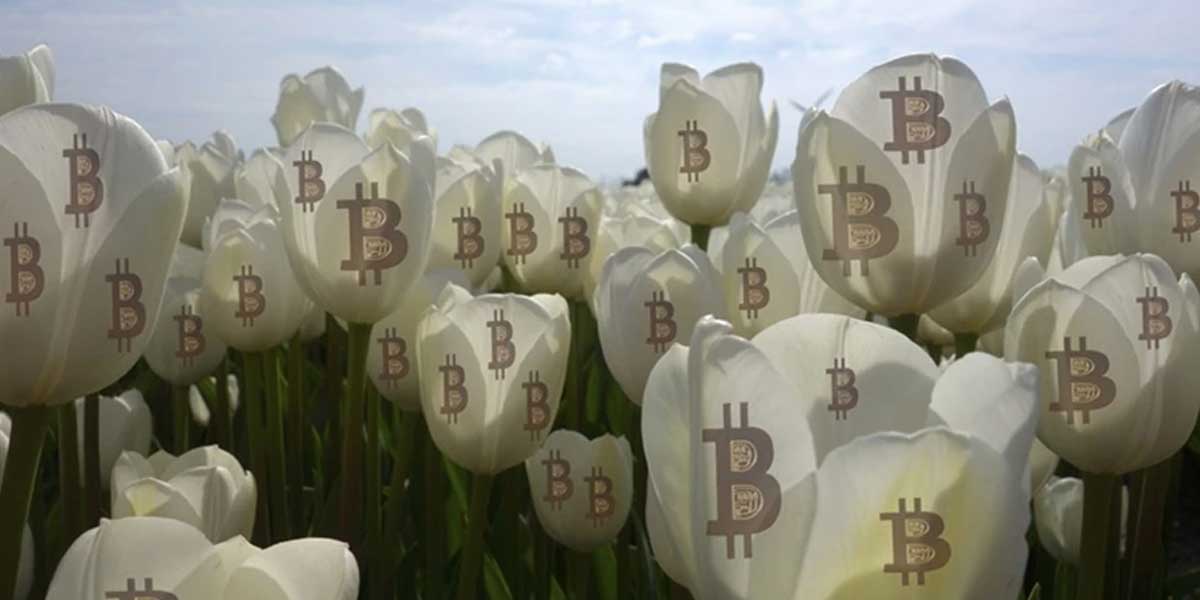 An event with some similar characteristics comes to mind: the Amsterdam tulip mania of 1634 to 1637 that is generally believed to be the first recorded event of this kind and which became the proverbial example of wildly irrational speculation with a bad end.

Tulips had been introduced in Europe in the 1600s, and the flower became a status symbol for the wealthy, with exceptionally beautiful specimens selling at high prices. A market emerged.

The trading moved to tulip bulbs, and speculators started to make a market in bulb-purchase contracts. It soon became evident that no flowers needed to be traded, just purchase contracts, and since prices were rising steadily, one could borrow money to pay for such contracts and safely repay on the contract sale and pocket a handsome profit.

Prices for the most beautiful and rarest bulbs increased from 1634 by a factor of 60, until the market suddenly collapsed in 1637 as the prices plummeted, leaving speculators with outstanding debt bankrupt. It was a huge event in Amsterdam, as this speculation had attracted more and more people uninterested in owning flowers but convinced that a buyer existed at a higher price when they sold their contract.

The striking similarity between the bulb mania and the Bitcoin mania is the fact that speculators lost track of the underlying value of their speculative object. Ignore flower bulbs selling for the price of house in Amsterdam in 1636; consider Bitcoins with an invented organization with no ownership.

The dramatic rise in the Bitcoin value between 2008 and 2022 (by a factor of thousands of dollars) was what attracted speculators, not the notion that Bitcoins might become a long-term store of value like an established currency issued by central banks. What we have seen is the invention of Bitcoin lookalikes that generated speculative trading on their own.

Bitcoins never developed into an accepted  medium of commercial exchange, except perhaps for illicit money transfers that sought secrecy from government policing entities. The reason is the volatility of the Bitcoin price and the need for complex “mining” needed to access and transfer Bitcoin ownership.

In fact, what we have seen recently is the collapse of some “exchanges” created to ease general ownership of Bitcoins and their transfer into currencies like dollars.

The popular press blames cheating entrepreneurs and builders of temporary financial empires on false pretenses for billions lost when bubbles burst. When it is easy to cheat, entrepreneurial cheaters strive and sell their vision to people eager for quick risk-free profit.

There never appears to be a shortage of stories about people anxious for risk-free profit. No one forces such naifs to enter the market. What they lack is the caution, due diligence and skepticism that must always be present in financial speculation. Only bad results can teach such wisdom.