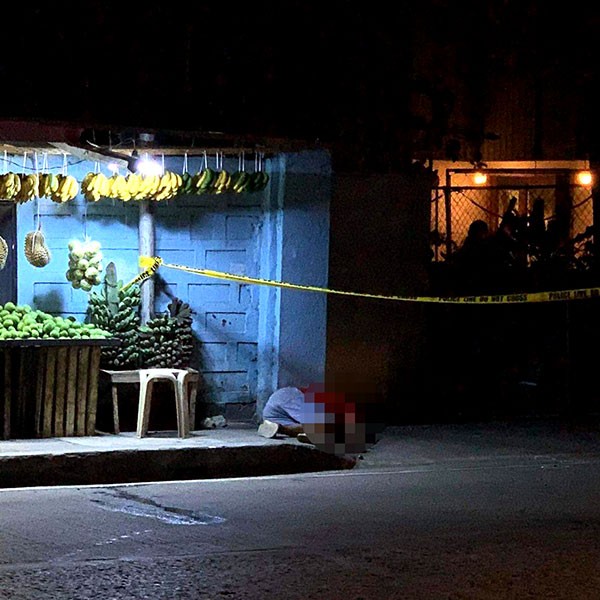 Riding-in-tandem gunmen spewed bullets from their guns again. This time, the cousin of Western Visayas’s erstwhile “drug personality” is their latest victim.

Agustin Odicta alias Nonoy, 52, a resident of Barangay Tanza-Baybay, City Proper district, Iloilo City was sitting in the fruit stall of his cousin at Barangay Tabucan, Mandurriao, when he was repeatedly shot.

Odicta succumbed to multiple injuries on his body and head, initial reports indicated.

Witnesses claimed that the motorcycle-riding suspects drove past by Odicta and shot him for around five times.

There were other persons at the fruit stand, but the gunmen spared them.

Pinuela said the victim was a Tokhang surrenderer but his family claimed that he had not been involved in any illegal drug dealings or use for a long time.

He had no work and was lately seen hanging out at his cousin’s fruit stand.

Police did not confirm, though, if the victim was still on their watchlist, given that he was related to Melvin Melvin Odicta, Sr.,

Melvin allegedly led a formidable force in the illegal drug trade, until he and his wife Meriam were gunned down on Aug. 29, 2016 at the Caticlan Jetty Port in Malay, Aklan.