“Every Summertime” by the Indonesian singer-songwriter and producer NIKI has become a worldwide phenomenon, with over 60 million cumulative streams to-date since its August 2021 release. Written and produced in collaboration with Jacob Ray, “Every Summertime” is an exuberant love song with a throwback sound reminiscent of classic R&B and soul.

“Every Summertime” was released as the lead single of the official motion picture soundtrack for the Marvel Studios’ film, Shang-Chi and The Legend of The Ten Rings, via Marvel Music/Hollywood Records and Interscope Records. The soundtrack, titled Shang-Chi and The Legend of The Ten Rings: The Album, is executive produced by pioneering music collective 88rising —the leading music platform for Asian and Asian-American artists across the world — and includes original production from, and inspired by, the movie.  The album was released at store-turn worldwide alongside the film’s global release on September 3rd, 2021. 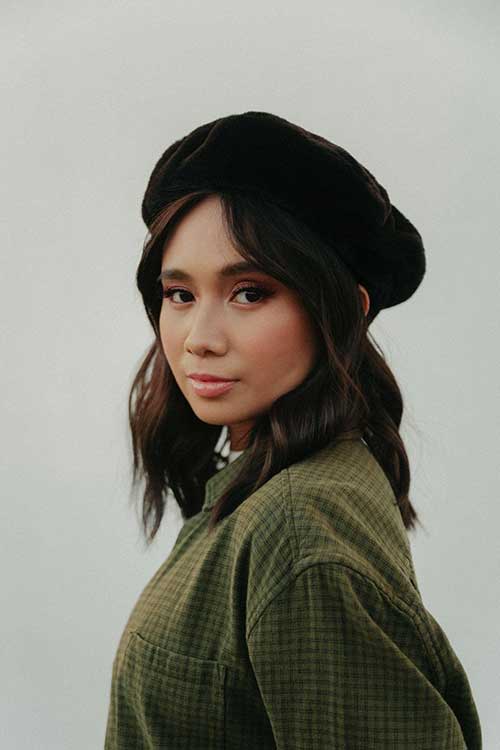 NIKI, who co-wrote and co-produced the song, comments “‘Every Summertime’ came together so fast – we wrote it in less than an hour! It was one of those magical moments where there’s a special kind of alchemy happening whilst creating and now it’s one of our favorite songs of our careers.”

“I think I just wanted to get at the Asian diasporic experience,” NIKI explained in an interview with TeenVogue. “What it would look like for two first-generation Asian Americans, going to college and falling in love—that was the inspiration.”

“Every Summertime” is supported by three official music videos hosted across the 88rising, NIKI, and Marvel Entertainment YouTube channels. The first video, released on August 9th, 2021, follows a father and son – played by rapper and actor Dumbfoundead and Minari star Alan Kim, respectively – driving around the neighbourhood and listening to tunes. Watch it HERE (https://youtu.be/OXtZfPZIex4).

The second video, released on September 3rd, 2021 – the global release date of Shang-Chi and the Legend of the Ten Rings – features NIKI singing and weaving her way through the aisles of a 99 Ranch Supermarket, a renowned Asian-American grocery chain. Watch it HERE (https://youtu.be/sFIbcgHrGSg).

The third music video, released on December 10th, 2021, loosely follows the arc of NIKI’s own unprecedented music journey from college student to an international superstar. Watch it HERE (https://youtu.be/a0OHkWX7B-E).

“Every Summertime” was released ahead of NIKI’s striking performance at 88rising’s Head in the Clouds Festival in California in November 2021. The iconic hour-long set received acclaim from MTV, Flaunt, and The AV Club who hailed her a “goddamn superstar.” Watch her full performance at the festival HERE (https://www.youtube.com/watch?v=KeXwE2UIDDk) and her performance of “Every Summertime” HERE (https://www.youtube.com/watch?v=8EF_WwDNNs8).

Just this past week, NIKI and label-mate Rich Brian made history as the first Indonesian artists scheduled to perform at the legendary Coachella Valley Music and Arts Festival, taking place across two weekends: April 15-17 and April 22-24.

With over 1.4 BILLION+ streams to date, 22-year-old NIKI has slammed the door on the conventions of pop stardom—writing, recording, and producing her music on her own. Born in Jakarta and based in Los Angeles, NIKI has captured the attention of audiences around the world, earning praise from Billboard “as one of the brightest rising stars.” Earning wide critical acclaim since her breakthrough EP, “Zephyr”, and her debut album, “MOONCHILD”, NIKI has cultivated fans around the globe with her expressive voice, personal songwriting and genre-blurring artistry, becoming a vibrant symbol of – and an advocate for – a generation of Asian musical artists.

NIKI’s debut album “MOONCHILD” was released on September 10, 2020 and currently has over 172M streams to date. Complex called MOONCHILD “a full-length offering reflective of the Indonesian vocalist/songwriter/multi-instrumentalist growth and abilities.” i-D shared that NIKI’s storytelling on MOONCHILD was “something we can only aspire to do.” “MOONCHILD” was awarded NME Asia’s #1 Album of the Year and received praise from outlets like Harper’s BAZAAR, Forbes, Teen Vogue, Hypebae, and more.

With her Indonesian heritage essential to her story, she feels “a social responsibility representing Asian artists, especially as a role model for girls.”  For aspiring Asian and Asian American talents aiming to break cultural norms and overcome music industry under-representation, NIKI proves that the highest dreams are indeed within reach.