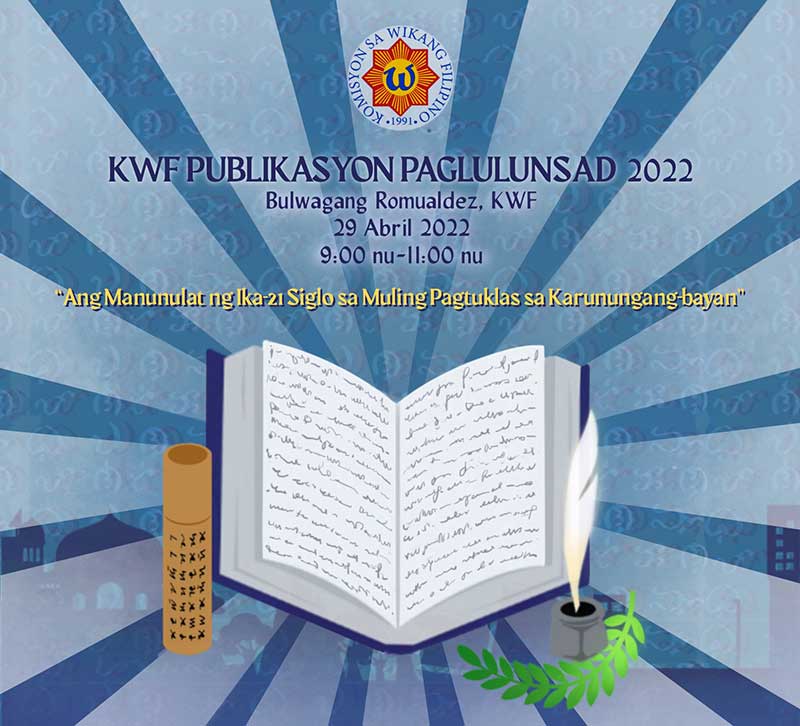 New sets of published books were launched by the Komisyon sa Wikang Filipino on April 29, 2022, at the KWF, Bulwagang Romualdez, Malacañang Palace Complex in Manila.

KWF Publications is an agency project aimed at creating a library for citizens that promotes and highlights Filipino language competency as well as native language as a language of development and discovery. It also aspires to set high literary standards by publishing high-quality works, fundamentals, and works that make a distinctive contribution to people’s and the nation’s knowledge.

Journals, research, reference books, literature, classical literary works, thesauruses, and dictionaries are only a few of the key works that KWF needs to publish.

The KWF higlighted that publication of works, may it be made by a single author or group of authors, a single editor or group of editors, anthologist, translator, compiler, and others, should be free of prejudice as long as they suit the needs of the scholars, researchers, students, and educators.

Furthermore, it discusses the publication’s inclusivity in light of the agency’s purpose to provide greater room for works from the region that are unable to reach the mainstream printing press despite their cultural significance.

To this objective, KWF would take the lead, as mandated by the 1987 Philippine Constitution, by adopting policies and initiatives aimed at establishing Filipino as the official language of the government and the language of national education.

The Commission on the Filipino Language is under the leadership of Chairman Arthur P. Casanova along with Commissioners Drs. Benjamin M. Mendillo Jr. and Dr. Carmelita C. Abdurahman.

Mr. Rolando T. Glory, who is part of the Division of Education and Networking led by Mr. Jomar I. Caega, is in charge of KWF Publications.