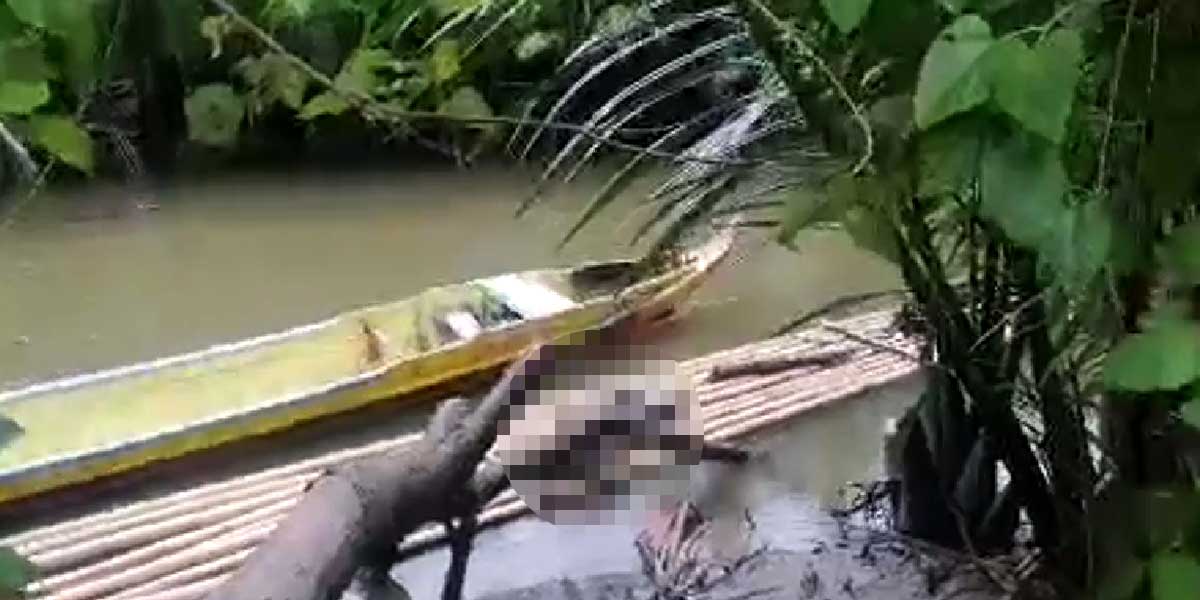 ROXAS CITY, Capiz – A neighbor denied that they beat a church sacristan to death over the weekend.

Haide Azares labeled as lies the claims of the friends of Joey Dumangon who was found dead in a river at Barangay Anhawon, Panay, Capiz.

Azares said she treated Dumangon and his friend Arnel Distor like her children.

Azares said the two went to their house and she offered them food. After eating, Joey and his friend left but they returned late in the afternoon.

She said Joey got mad after learning that the viand found inside the pot were “tasteless” but she ignored their complaint.

The victim and his friends then proceeded to the back of their house and took some fallen mango leaves.

Few minutes later, members of the Azares family sought help as Dumangon was frothing in the mouth.

They then placed the victim on a bamboo bed so he could rest but he suddenly stood up, went unruly and hit Distor’s father.

The younger Distor thought that Jerry Azares punched his father which led to a rumble.

The 20-year-old Dumangon was found dead Monday morning after he went missing on Saturday.

Dumangon went with his friends Saturday afternoon to attend a baptism also in said barangay.

At around 11 p.m., an alleged rumble happened among some visitors of the baptism party.

Considering that most of the male visitors were drunk, some of the visitors, including Dumangon, fled towards a nipa plantation for safety.

Dumangon’s mother got worried after her son failed to arrive home the following day.

The mother was confident that his son was in a good situation because he was with his friends in the house of Haide Azares.

But the mother was surprised when Dumangon’s friend was the one who answered her son’s phone. She later learned of the rumble in the party.

The victim’s family went to the scene and later found a person slumped in the nipa plantation. The mother later identified the person to be her son.

There was fresh blood oozing from the victim’s mouth while his body bore several hematoma, indicating that he may have been beaten.

The victim was still wearing the same clothes he used when he left their home, the mother said.

Police are still investigating the incident to get to the bottom of Dumangon’s death.