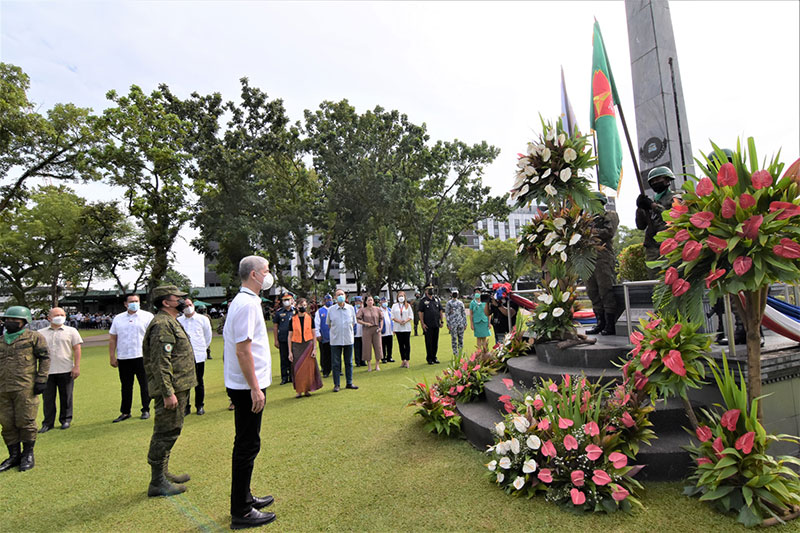 The annual activity was attended by the members of the Veterans Federation of the Philippines – Negros Occ. Chapter, Philippine Veterans Affairs Office, non-government organizations, government agencies, and Capitol employees, to commemorate the island’s liberation from the Japanese Forces during the Second World War.

The day’s activity started with a wreath-laying ceremony at the Monument of WW II Veterans, Volley of 21 Gun Salute by the Philippine Army, flag raising ceremony, and commemorative program.

Gov. Lacson said that the World War II Veterans, retired members of the Armed Forces, and post war veterans, who also risked their lives to promote peace and security in communities and rendered country and the province the highest form of service, are well deserved of the honor attributed to them.

“More than expressing our profound gratitude for the contributions and sacrifices you made for our freedom, we hold in high respect the honorable example you have set to all generations,” he said.

He assured the war veterans of the unwavering recognition and support of the Provincial Government of Negros Occidental.