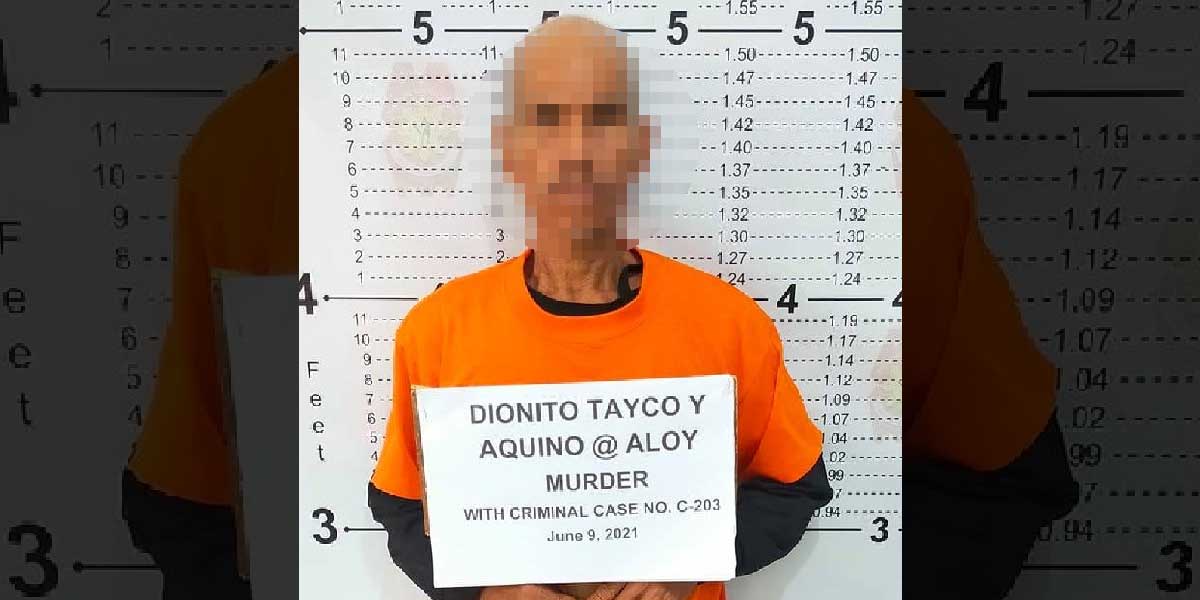 Another most wanted person in Antique was arrested on June 9, 2021 at around 4:45 am in the mountainous area Barangay Yawan in Ibajay, Aklan.

Judge Antonio Natino of the Regional Trial Court Branch 13 in Culasi, Antique issued the arrest warrant on January 6, 1997 for the crime of murder in Criminal Case No. C-203.

Tayco is accused of stabbing to death his own cousin on May 29, 1995 at Barangay Nauhon, Sebaste, Antique.