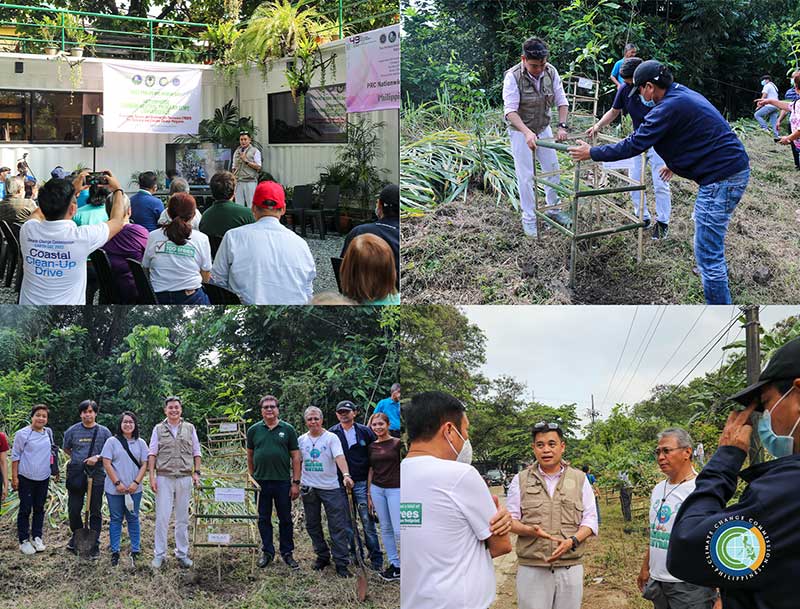 The Climate Change Commission (CCC), Professional Regulation Commission (PRC), the Department of Environment and Natural Resources (DENR), and the Society of Filipino Foresters Inc. (SFFI) established a partnership to boost efforts for a carbon neutral Philippines through science-based reforestation initiatives.

The Carbon Neutral Program (CNP) Convergence, signed in June 2022, led to several activities, including a nationwide tree planting activity in commemoration of the Philippine Arbor Day with a pledging session targeting to plant ten (10) million trees by 2030.

The CNP Convergence will facilitate a series of forestation initiatives to increase the carbon sequestration capacity of the Philippine forests.

CCC Secretary Robert E.A. Borje underscored the importance of the partnership, and highlighted that government agencies and professional organizations must lead in promoting and achieving carbon neutrality.

Secretary Borje thanked the PRC, DENR, and the SFFI for a partnership that will further enhance the country’s climate change initiatives related to forestry and natural resources management. He emphasized that “together, we make things happen.”

“The PRC is one with the DENR, CCC, and SFFI in recognizing forests as a carbon sink that could sustain the development of economic growth of the country. Thus, we must act now to avert further harm to our surroundings,” said PRC Chairperson Pilando.

Secretary Borje also cited the roles of the SFFI and its members in helping inform and raise the level of awareness on planting and growing trees in order to achieve carbon neutrality for the Philippines.

In a seminar prior to the tree planting activity at La Mesa Ecopark, SFFI highlighted that a tree that is three years old and above is expected to sequester about ten (10) kilograms of carbon dioxide per year in its lifespan. With every individual estimated to contribute around one (1) ton of carbon in a lifetime, each person should plant and grow at least one hundred (100) trees to be carbon neutral.

The United Nations Environment Programme defined carbon neutrality as achieving close to zero carbon emissions “by balancing a measured amount of carbon released with an equivalent amount sequestered or offset.”

In the nationwide tree planting activity spearheaded by the PRC, about 32,000 saplings of different tree species were planted.

During the pledging session led by the Million Trees Foundation Inc. at the Million Trees Nursery Eco Learning Center, the Philippine Government and professional organizations and groups committed to plant 1.7 million more trees this year.

The CNP Convergence, through its National Steering Committee, will augment existing initiatives towards a more robust realization of our carbon emission reduction targets under the 2021 Nationally Determined Contribution.

To know more about the CNP Convergence, follow the social media accounts of the Climate Change Commission, Professional Regulatory Commission, Department of Environment and Natural Resources, and Society of Filipino Foresters, Inc.