New LinkedIn data, published in the World Economic Forum’s 2022 Global Gender Gap Report, reveals that more women are being hired in leadership roles since 2015, with the largest increase seen in the Philippines among all Asia Pacific (APAC) markets studied, according to new LinkedIn data. 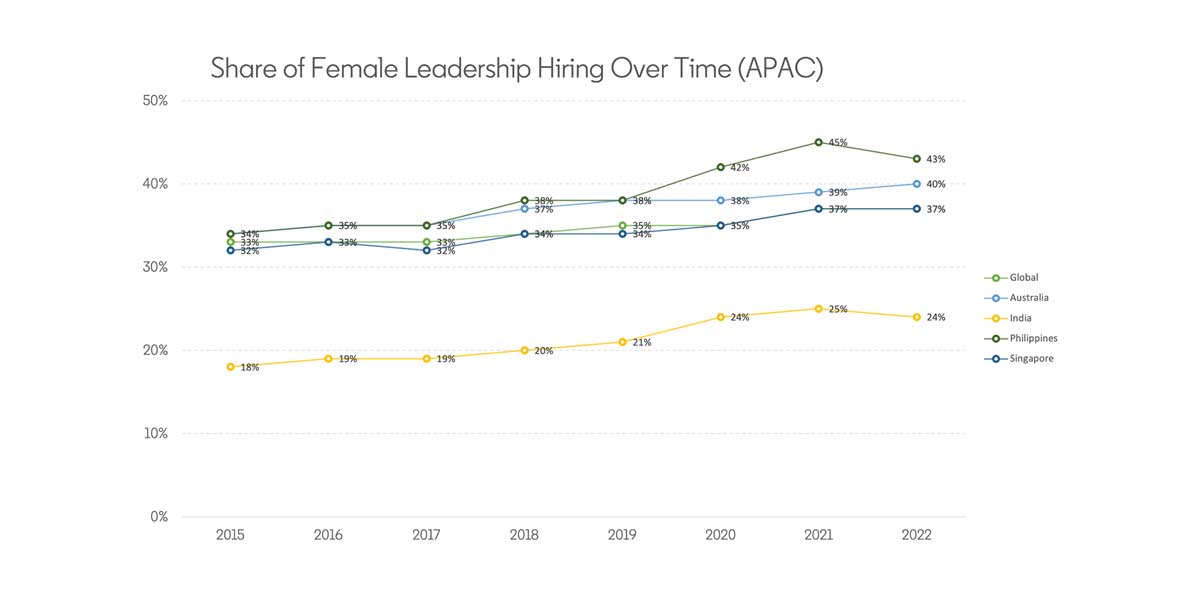 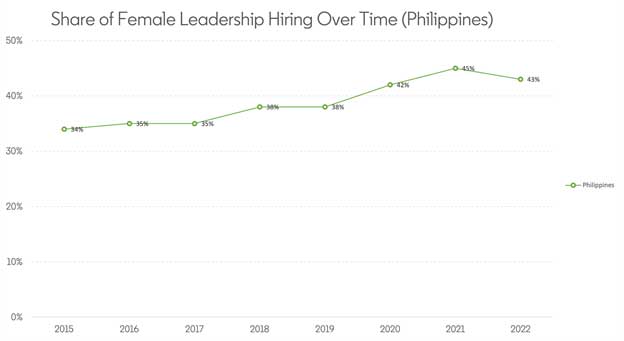 Out of the 36 major economies considered, the Philippines ranks 4th globally in the representation of women in leadership positions. LinkedIn data shows that women account for a third of leadership roles (31%) worldwide. Among the countries studied in the APAC region, the Philippines has the highest representation of women in leadership at 41%, followed by Singapore (39%), New Zealand (33%), Australia (32%) and India (18%).

According to LinkedIn’s report, the proportion of women decreases as they rise through the career ranks. At a global average, there are only 27% of women at the Vice President (VP) level, and 25% at the C-Suite (CXO) level – two of the highest seniority levels in the workforce. In the Philippines, there are 40% at the VP level, and 32% at the CXO level, higher than the global average. 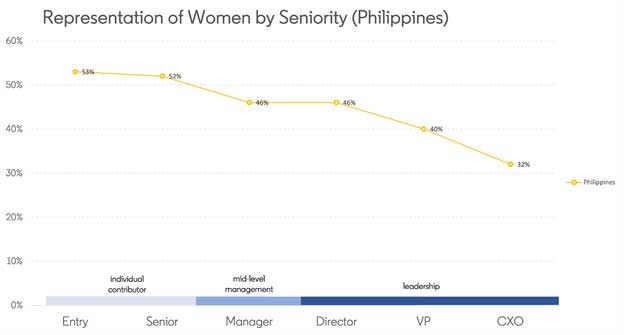 Feon Ang, Managing Director, APAC, LinkedIn said, “Our data is telling us a very clear story: Women face more barriers in the workplace when compared to their male counterparts – they are currently underrepresented in leadership, and are not being promoted into leadership roles at the same rate as men. We need to do more to ensure that women in the workforce have equal access to opportunities. Organisations and business leaders should look at solutions like internal mobility, fair hiring practices with a focus on skills and flexibility. This will ensure that women are equal contributors at all levels in an organisation.”

To support female entrepreneurs, and women in the workforce, LinkedIn will unlock these courses for free until 23 August 2022:

This analysis represents the world seen through the lens of LinkedIn data, drawn from the anonymized and aggregated profile information of LinkedIn’s 830 million members around the world. As such, it is influenced by how members choose to use the platform, which can vary based on professional, social, and regional culture, as well as overall site availability and accessibility.

Gender identity isn’t binary and we recognize that some LinkedIn members identify beyond the traditional gender constructs of “men” and “women.” If not explicitly self-identified, we have inferred the gender of members included in this analysis either by the pronouns used on their LinkedIn profiles, or inferred on the basis of first name. Members whose gender could not be inferred as either man or women were excluded from this analysis.

The LinkedIn Founding Rate measures the number of LinkedIn members who added a new founder position to their profile in a year, divided by the number of members in that country (and gender) during that year. We then index this to the rate in 2016 to show how this rate has changed for each gender.