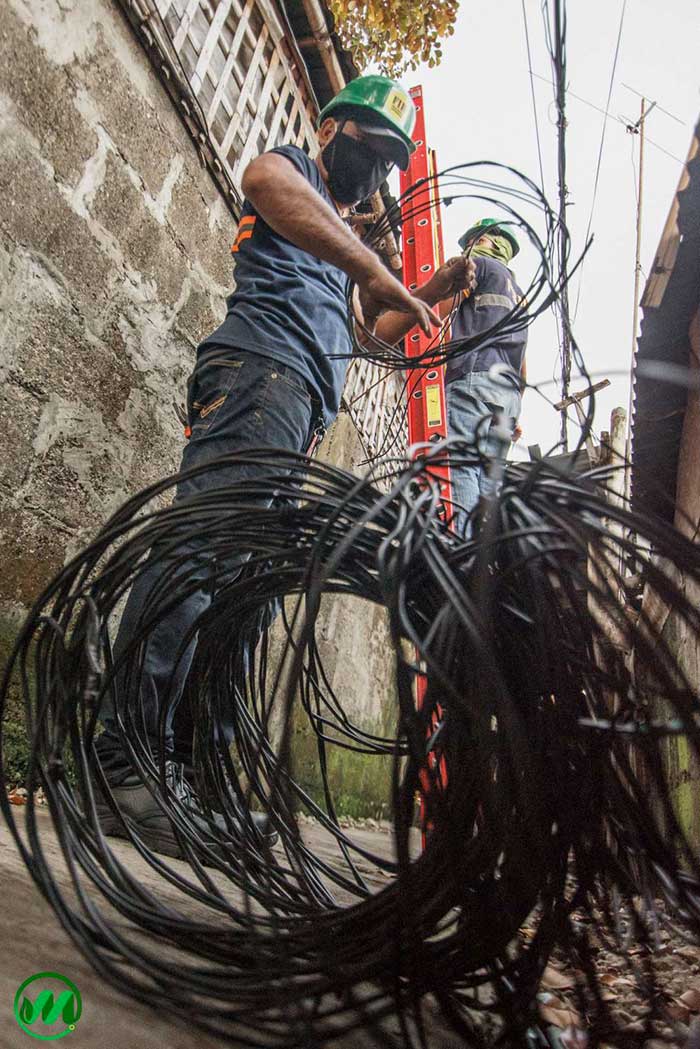 MORE Power has successfully neutralized the massive power pilferage in Iloilo City in two years since it launched in July 2020 Oplan Valeria, an all-out war against illegal connections.

According to Engr. Edwin Montemayor, head of MORE Power’s System Loss Reduction Program, said system loss was as high as 28% when they took over in 2020.

The team of apprehension teams and engineers went to every barangay day and night, not minding if they might catch influential personalities, businessmen, government officials, or even ordinary citizens.

Montemayor said legitimate consumers were deprived of MORE Power’s services as their facilities like transformers conk out due to the massive consumption by electricity thieves.

Initially, they discovered an average of 230 illegal connections a month. To date, the number was reduced to 10–20 cases a month.

At present, the system loss declined by a mile, at an average of just 7%. This improvement is beneficial to consumers since system loss charges, part of which are charged to legal clients, will be minimal.

According to Engr. Montemayor, vigilant consumers played a big role in the success of their campaign because residents know exactly which areas in their community have massive power pilferage and who are involved.

Each report is handled and treated as highly confidential to ensure that those who vigilantly support this campaign are also protected.

Power pilferage is a violation of Republic Act 7832 or Anti-Pilferage of Electricity and Theft of Electric Transmission Lines/Materials Act of 1994.

According to the company’s legal officer, Atty. Allana Babayen-on, they filed 220 formal complaints against persons who were caught in the act of stealing electricity, 157 of which were brought to court.

The rest were granted provisional dismissal on the condition that they pay for the illegally consumed electricity.

Atty. Babayen-on clarified that MORE Power is very patient in dealing with and understanding the plight of these illegal consumers of electricity and that they make sure that due process is followed.

“After the apprehension, we sent the demand letter informing them nga nadakpan sila. Amo ni ang ila differential billing and that they would settle. Thankfully ang iban naga-settle man, very cooperative man sila and they recognize nga sala ang ila pagpangawat sang kuryente and they promise to pay. Well and good. But sometimes, may ara gid ya indi magsettle, or nagpromise magsettle or nag breach sang ila compromise. So in those cases, we file a complaint before the office of the city prosecutor,” Atty. Babayen-on said.

MORE Power helped these consumers to have legal electricity connections and even shortened the list of requirements.

The distribution utility also strengthened its partnerships with barangay officials in the total rehabilitation of the utility’s facilities and improvements of voltage capacities in exchange for their cooperation to eradicate the “jumpers” in their community.

Pilferage compromises the safety of consumers. It is the root cause of household fires because electric lines get heated due to overloading.

MORE Power appreciates the support and assistance of the consumers and continues to encourage the public to sustain their cooperation and not hesitate in informing the company if there are still power pilferages in their communities.