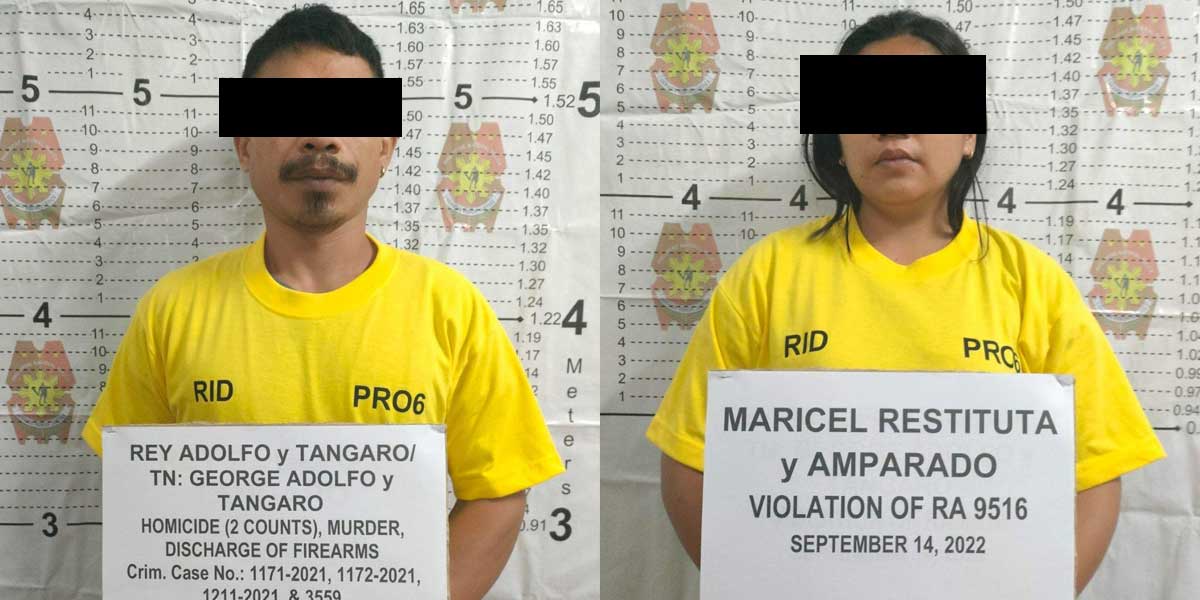 Rey Adolfo and Maricel Restituta (who go by the aliases Karil, Karel and Yas) were collared at NHA People’s Housing in Barangay Vista Alegre, Barotac Viejo around 2:58 p.m. on Sept 14, 2022.

Adolfo and Restituta are believed to be members of the CPP-NPA.

Restituta also works as a political instructor of the rebel group.

All three suspects are listed on the period status report (PSR), or the government’s watchlist of NPA personalities.

No bail was recommended for his temporary liberty.

A P120,000 bail was recommended for their temporary liberty.

Adolfo was also accused of illegal discharge of a firearm under Article 254 of the Revised Penal Code docketed as CC No. 3559.

On the other hand, Restituta was arrested for possession of a fragmentation hand grenade.

Francisco said they’re not also discounting the possibility that they have established connections in the area.

“But everything is subject for investigation,” he said.