The new stand-alone full-sized supermarket design of MerryMart Grocery will be the format intended for locations in sprawling horizontal communities. It is intended to be an eco-friendly supermarket with Roof Solar Panels, LED lighting fixtures, and use of power efficient equipment with Bicycle slots and Electric Car charging provisions.

The format will carry the full line of Grocery, Pharmacy, Personal care and other basic essential products.

“The MerryMart Group is glad to have the opportunity to soon serve and delight consumers around the vast community developments of Ayala Land in NUVALI in Laguna and CRESENDO in Tarlac,” said MerryMart Chairman Edgar Injap Sia II. 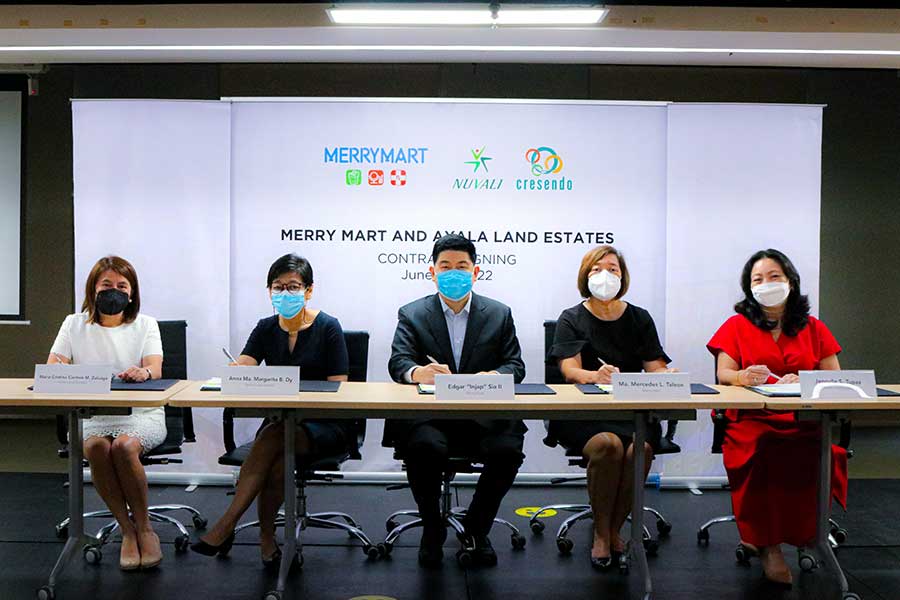 MerryMart has recently formed a new subsidiary MM Consumer Technologies Corp with MBOX Smart Lockers as the first in its consumer technology portfolio.

MM Consumer Technologies portfolio is expected to complement the consumer centric ecosystem of the MerryMart Group.

MerryMart has set its Vision 2030 with the goal of a total of 1,200 branches nationwide aims to generate Php120 billion in systemwide recurring consumer sales revenue.

December 1, 2022 0
By Glazyl Y. Masculino BACOLOD City – A seven-month-old baby girl died, while three others, including her parents, were wounded in a road accident at...