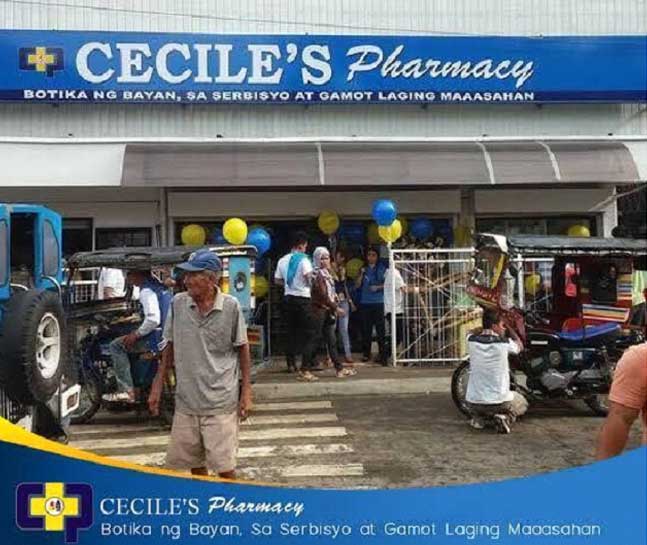 MERRYMART Consumer Corp. (“MERRYMART”) on March 9, 2022 has signed an Agreement with ZC Ramthel Corporation (“Cecile’s Pharmacy”) finalizing its acquisition of a majority stake in the Mindanao based pharmacy chain.

Cecile’s Pharmacy is the biggest pharmacy chain in the city of Zamboanga in Mindanao Region, and the brand has been in operation for 57 years since 1964.

MerryMart has executed an Agreement finalizing the acquisition of a post-investment stake of 53.125% of Cecile’s Pharmacy chain.

Cecile’s Pharmacy chain has 21 strategically located operating branches to date, with over 300 workforce, and is EBITDA and Net Income positive.

The current Management team of Cecile’s Pharmacy chain will continue to run the operations of the company in tandem with the MerryMart team.

“In addition to enhancing MERRYMART’s trade volume in the pharmacy and prescription drug items, this transaction will bring significant improvement on cost efficiencies as MERRYMART continues to strive to deliver better value to its customers and stakeholders,” said MERRYMART CFO Hannah Yulo-Luccini.

“There are only very few drug store chains in the Philippines that has been operational for decades and still remain to be the market leader and the top- of-mind brand in their respective market region. Cecile’s Pharmacy chain is one of that select group that stood the test of time and we believe this acquisition will add great value to the MERRYMART Group’s ecosystem,” said MERRYMART Chairman Edgar “Injap” Sia II.

“While the MERRYMART Group continues on with its organic expansion, MERRYMART will continue to keep its eyes open for M&A opportunities in both the grocery and pharmacy space that would accelerate its growth to capitalize on the continued consolidation from traditional to modern retail in the Philippines,” added Mr. Sia.

MERRYMART Group’s various formats are MerryMart Store, MerryMart Market, MerryMart Grocery, MerryMart Wholesale and Dark Groceries. MERRYMART has recently formed a new subsidiary MM Consumer Technologies Corp with MBOX Smart Lockers as the first in its consumer technology portfolio that is expected to add and complement to the ecosystem of the MERRYMART Group.

MERRYMART has set its Vision 2030 with the goal of a total of 1,200 branches nationwide aims to generate Php 120 billion in systemwide recurring consumer sales revenue.