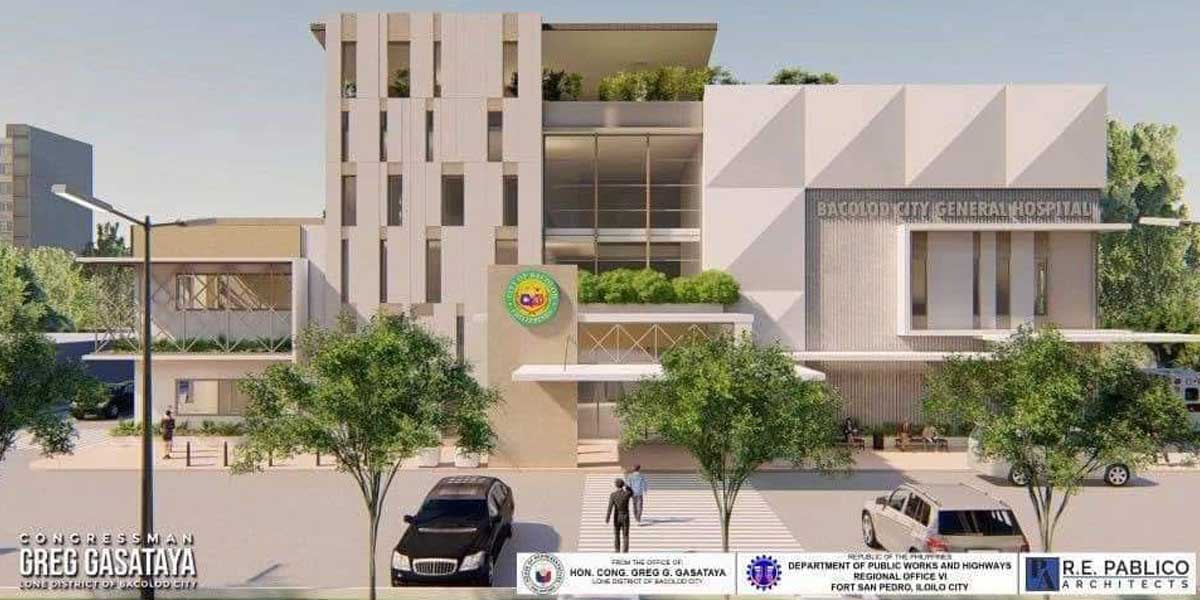 BACOLOD City – There is absolutely no plan to change the name of the proposed hospital in Bacolod City. Not even a thought.

This was the reaction today of Mayor Evelio Leonardia to reports quoting Rep. Greg Gasataya who insinuated there is an attempt to change the name of the Bacolod City General Hospital.

The mayor, in a press statement released today, branded the same as “baseless, malicious and misleading allegations published or aired in media insinuating that the city government is changing the name of the Bacolod City General Hospital”.

Such claims are unfounded and may be classified as “shooting from the hip,” Leonardia’s press statement added.

To put an end to similar allusions, any plan to change the name of the proposed city hospital is non-existent. It is very clear that Republic Act 11564, or the law signed by His Excellency President Rodrigo Duterte in June 2021, called for the establishment of the Bacolod City General Hospital. This name, therefore, remains, the mayor continued.

The public, Leonardia explained,  must be aware, too,  that his administration is pushing for the development of a holistic health complex in Barangay Vista Alegre on a 3.5-hectare property donated by the family of Ms. Gloria Gensoli with an addition of .5 hectare (or 5,000 square meters) that will serve as access road for the entrance and exit.

“The entire property, as a health complex, and concurred by the Sanggunian Panlungsod, will be called the “Teofilo M. Gensoli Memorial Medical Center” and, in it, are the Bacolod City General Hospital and the new Bacolod City Health Office built side by side in our effort to further improve the delivery of health services to the city’s growing population,” he added.

The new CHO is envisioned to expand health services which may include, among others, birthing facilities, dialysis center and laboratories, he said.

“Let me say this again, for the purpose of emphasizing the facts straight, and so that some quarters will stop shooting from the hip. The name Bacolod City General Hospital stays as stipulated in R.A. 11564,” Leonardia reiterates.

He added: “And like the new Bacolod CHO, the Bacolod City General Hospital, will be among the structures that will be constructed within the Teofilo M. Gensoli Memorial Medical Center”.

The mayor thanked anew President Rodrigo Duterte for his commitment to provide funds for the hospital construction.

Most importantly, he stressed, “we also renew our many thanks to the family of the lot donor represented by Ms. Gloria Gensoli.” (PIO)